Hear Me Out - Universal Statistics 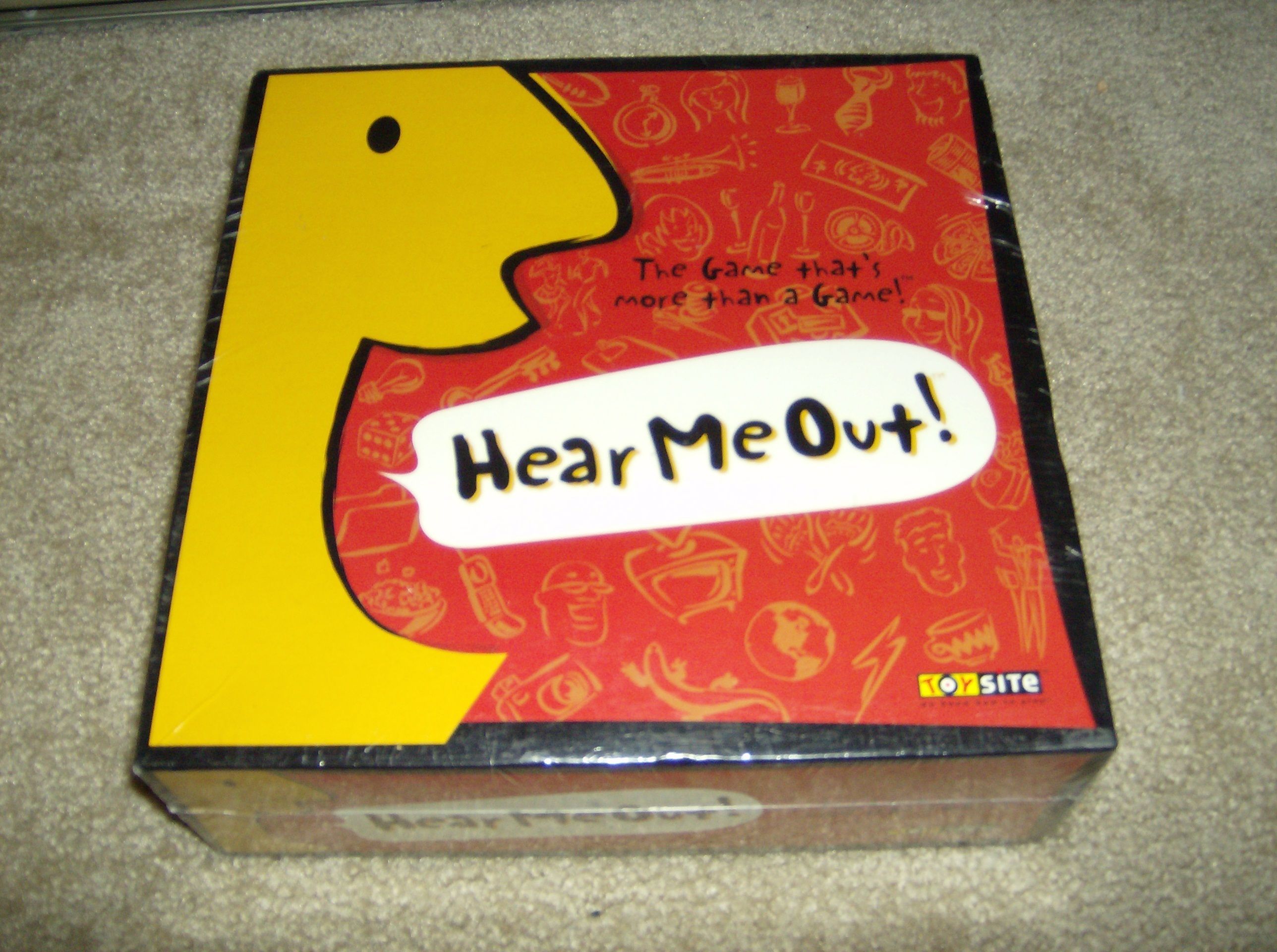 First edition: Rather silly party game, distributed by a certain coffee retail powerhouse that will remain nameless. As one moves around the board, one can land on _Brainstorm_ (vaguely reminiscent of free-association Scattergories), _Survey Says!_ (a touch like the Family Feud TV game show), or present a short _Sound Bite_ to the other players, who will vote on presentation and persuasiveness. To make sure no-one takes the proceedings too seriously, there's a _Skid Row_ space (lose all points, and beg the other players to donate. Why would they want to, you ask?) and a _Party Change_ spot - where you change identities (color, score, seat, beverage?!?) with another player. Like all such games, it works well with the right crowd. Second edition: Hear Me Out, in its latest form, corrects some of the major problems the first edition had. Players take turns rolling a die which will determine what kind of challenge they will take. One such challenge involves matching another player's answer to a fill-in-the-blank question (such as "Nuclear BLANK"). Another challenge has you ranting about a bizarre topic for 30 seconds. This challenge is unique in that rather than earning points right away, players write your color down and give you a score (1-3) on how well you did, and put it into a ballot box. Later in the game if you are unfortunate enough to have to switch colors with someone they all of a sudden will be in control of the points you have in the ballot box. The game continues until one person reaches the finish space, at which point the remaining players have one turn to get as far as possible. Some bonus points are added in to determine the true winner. What makes this game interesting is that the points you earn are never really yours. In a certain type of challenge, if a challenger wins he can trade colored pawns with the loser of the challenge, which not only affects his position on the board, but can earn him bonus points if that person got lots of votes in his speaking rounds.