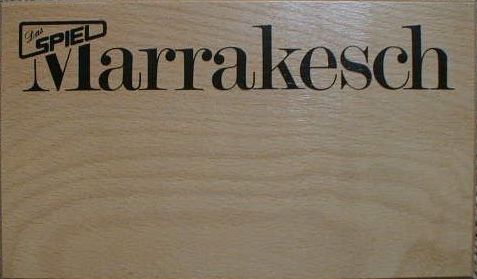 Marrakesh was designed by Prince Joli Kansil of Hawaii, the same designer as Bridgette, the premier two-handed bridge game. Marrakesh is an odd amalgam of backgammon and cardplay which works remarkably well. Each player sets up six pieces on their board based on the roll of six dice. Each player is dealt a hand of six cards from a special deck, and then try to collect two card tricks, using the card values to bear off the pieces. Points are awarded for bearing off pieces in various combinations, such as 2 on each of three turns, or the legendary Marrakesh itself, when all six pieces are borne off on the same turn. Defensive points are earned for keeping the opponent from removing many pieces from their board. Play continues for 12 rounds, which goes by quickly. This game is long out-of-print, but well worth it if you can find it.