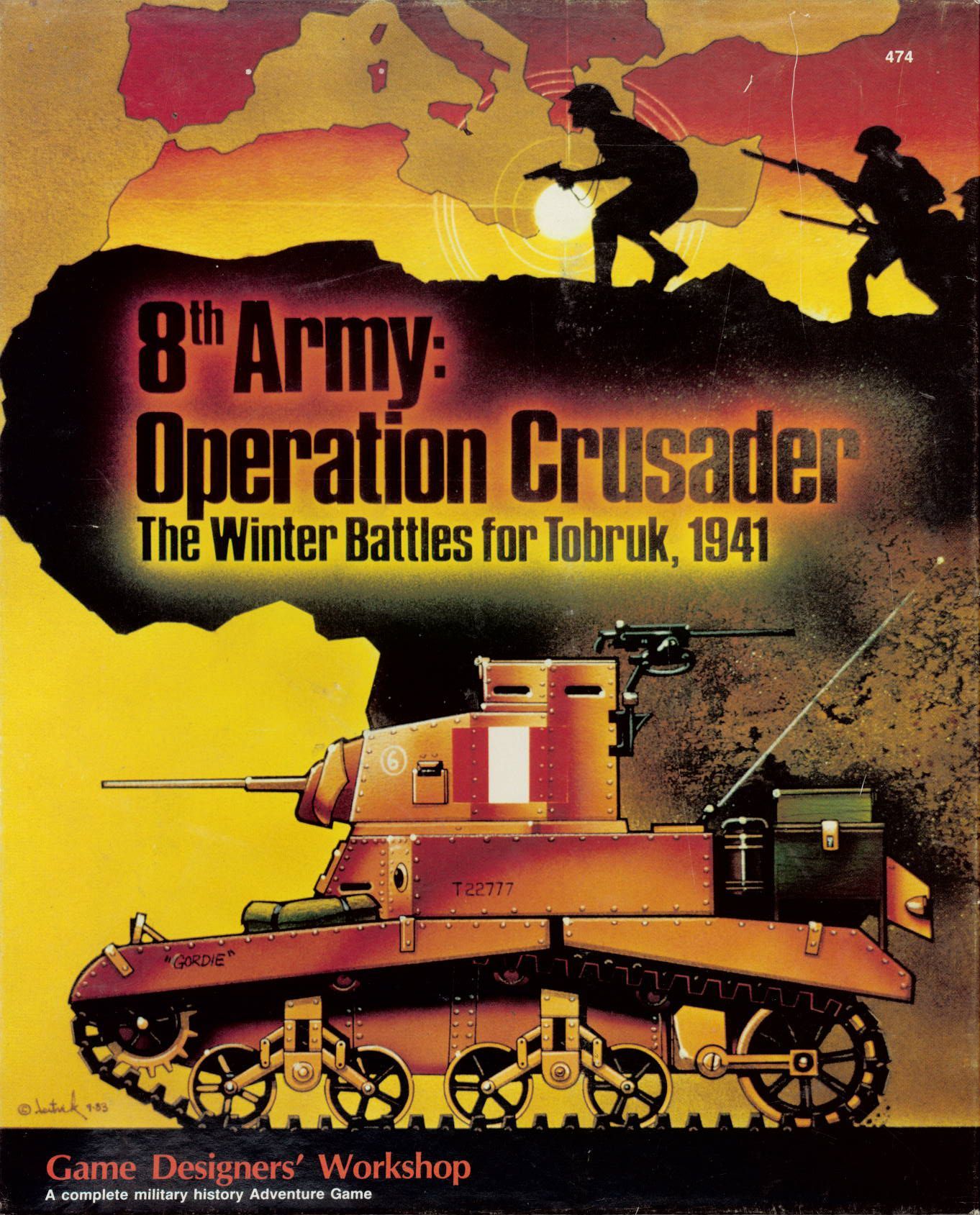 8th Army: Operation Crusader - The Winter Battles for Tobruk, 1941, uses battalion/regiment scale units, the game depicts British attempts to relieve the Commonwealth garrison at Tobruk. 8th Army was one of three "double-blind" land warfare wargames released by GDW in the eighties. The game system used two maps so that both players were "in the dark" as to the disposition of the opposing forces at the start of the game. The game system does not require a referee, but instead relies on the honor system. Also published in Command Magazine Japan #53 in 2003.