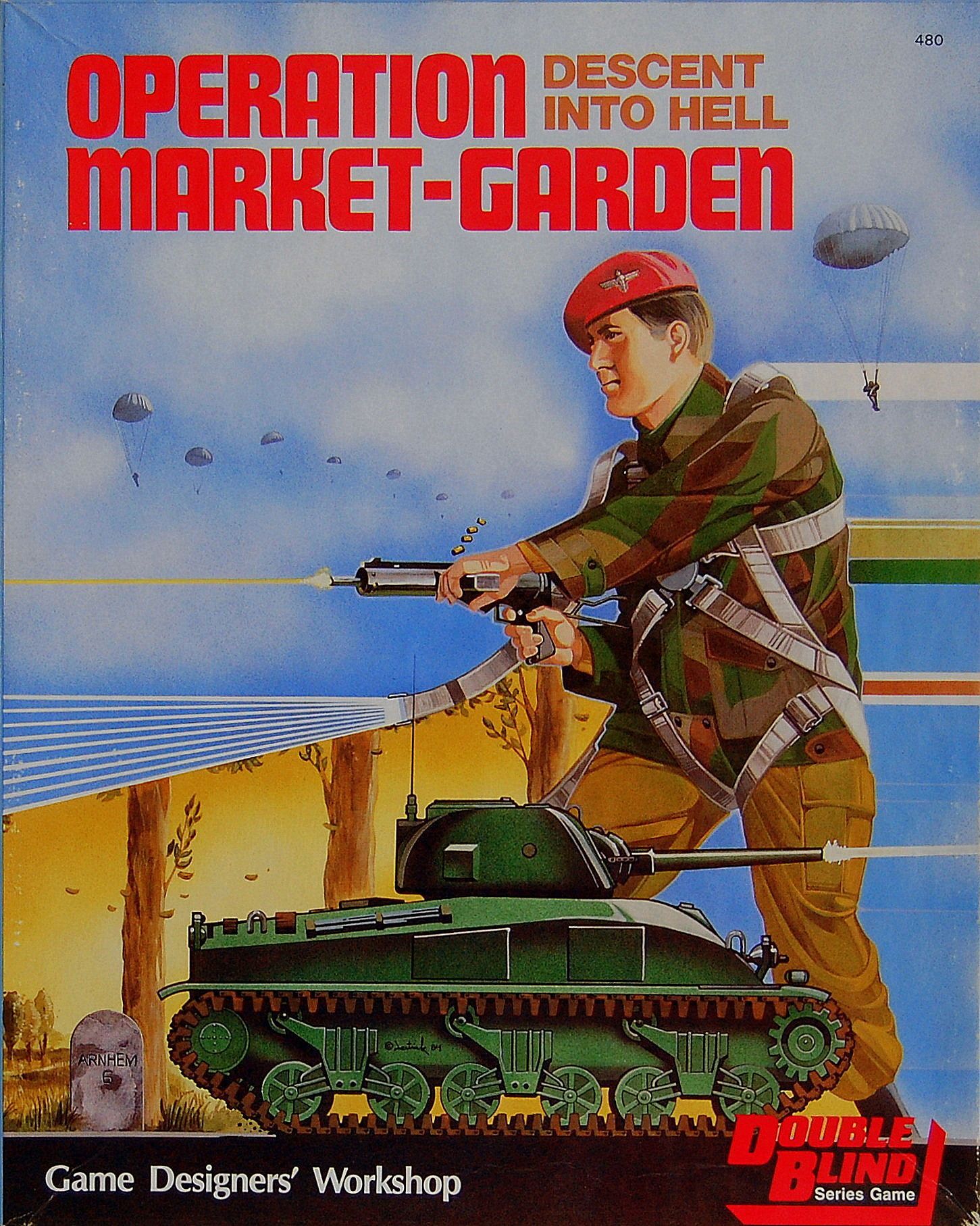 Operation Market Garden is a "double-blind" game focusing on the failed Allied airborne offensive of September 1944. It was one of three "double-blind" land warfare wargames released by GDW in the eighties. The game system used two maps so that both players were "in the dark" as to the disposition of the opposing forces at the start of the game. The game system does not require a referee, but instead relies on the honor system. This is in the same series with The Normandy Campaign This game was republished on #115 of Command magazine Japan in 2014.