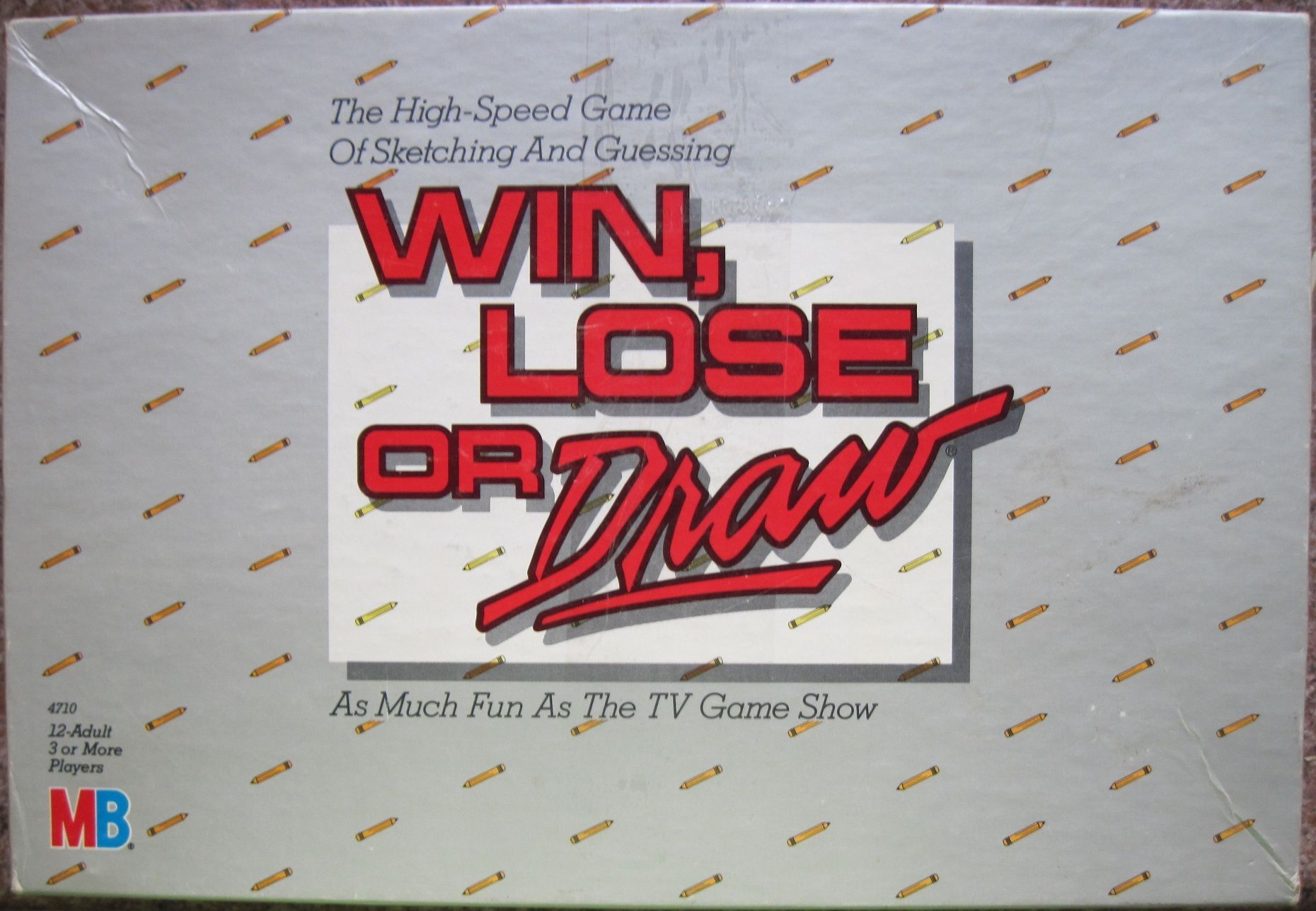 A game similar to Pictionary in that players must convey words and phrases to their teammates by drawing images on paper. The instructions include two ways to play: team play and gameboard play. The object of the team play game is to be the first team to make 8 correct guesses. The object of the gameboard way is to be the first player to collect 4 different colored pawns and the Ace-In-The-Hole card. Based on the hit TV game show of the same name with Vicki Lawrence as host of the NBC-aired version from 1987 until 1989, and Bert Convy [who also created this show along with actor Burt Reynolds] (1987-89) and Robb Weller (1989-90) as hosts of the syndicated version respectively.