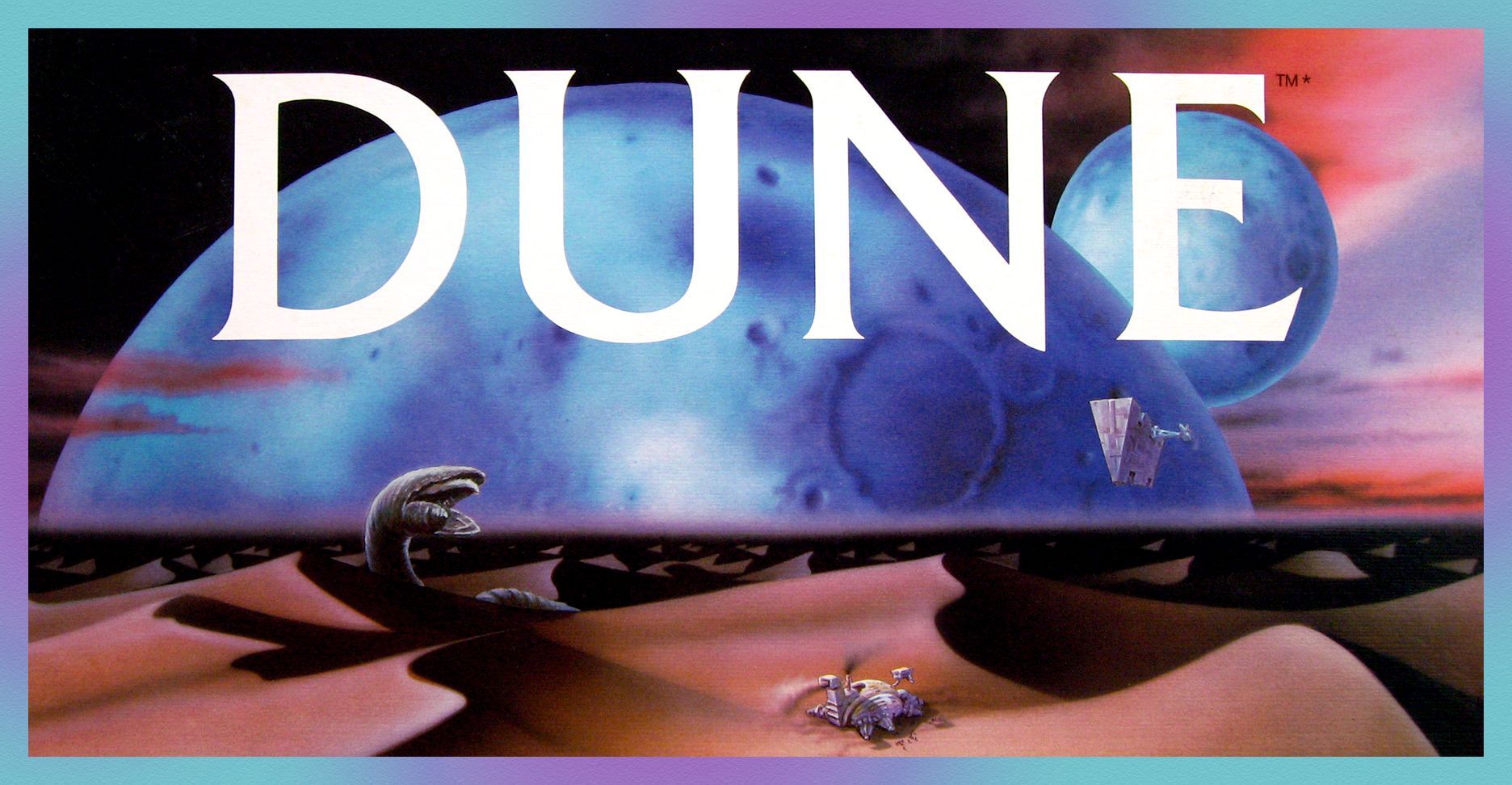 This game should not be confused with the grail game Dune which has the same name (but is based on the book rather than the movie). Based on the movie, this version of Dune features photos of the stars on pawns divided into teams of three. Each character has its own strength and guile values. Players can move around the outer desert spaces to harvest monetary units of spice or can move around the inner castle spaces to build up strength. Players can use spice to buy random equipment cards, spice harvesters, or extra boosts of guile when under attack. Players can also invest in the craps-like commodity markets that pay off on certain dice rolls. The artwork is slick, the rules are relatively simple compared to AH's version, and games go fairly quickly since all fights are to the death.