Voice of the Mummy - Universal Statistics 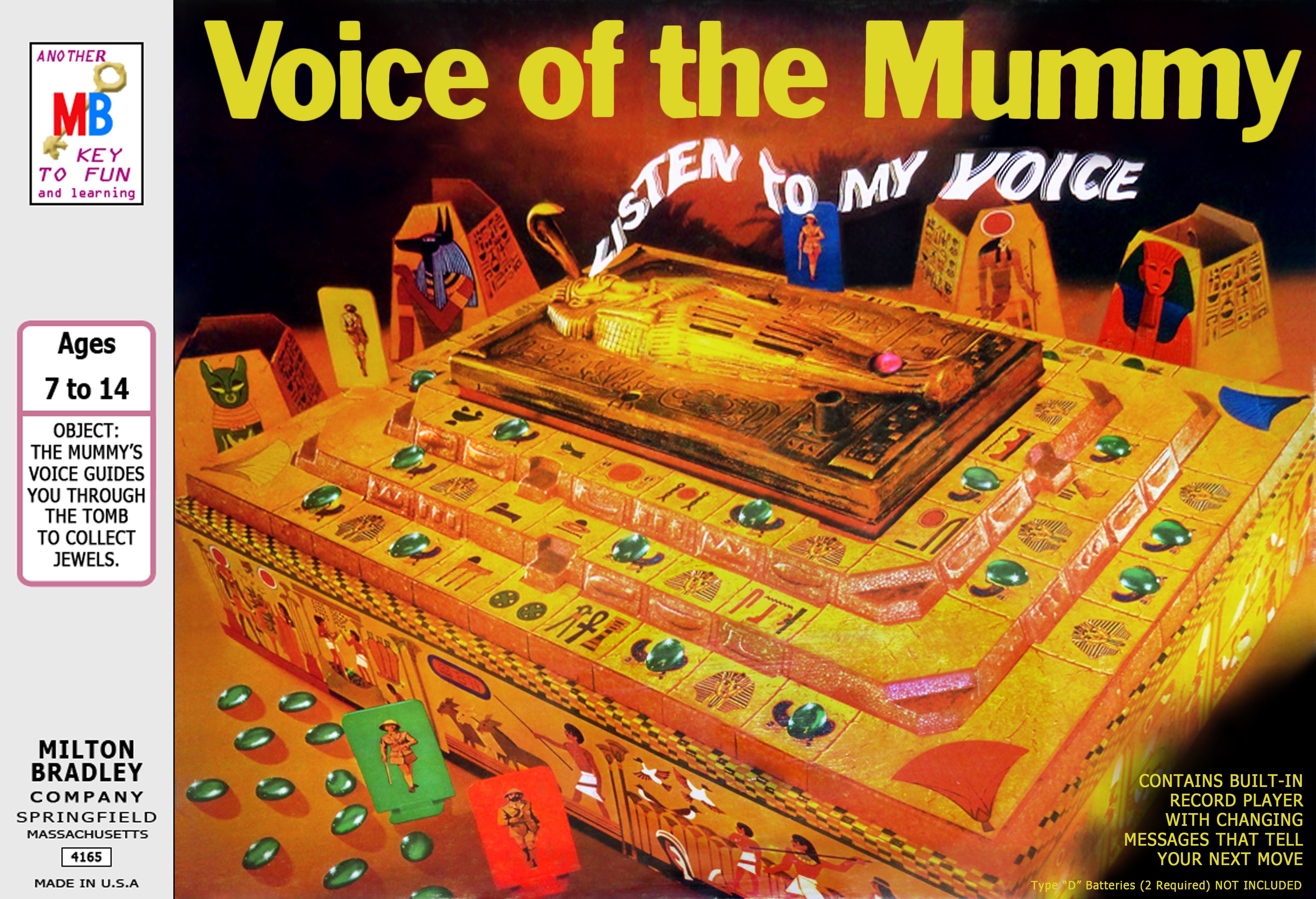 Players move around a multi-level pyramid collecting gems; small battery-powered record player inside sarcophagus at the center of the board instructs players who land on certain spaces on their moves or gem collecting. Once the Great Jewel is removed from sarcophagus (along with the evil cobra-shaped Spell), the record is turned over, and the game becomes a race back to player's home temple by exact count; player with highest gem value wins, regardless of whether they are the first player to reach home base. This game saw a sequel in the rare SÃ©ance. Fan Home Page: http://www.voiceofthemummy.com