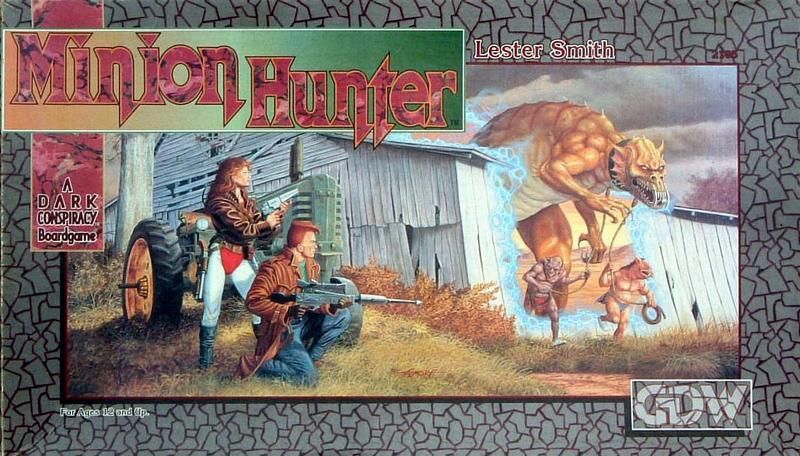 Minion Hunter is the simplified board game version of GDW's Dark Conspiracy RPG. Players move around the outer edge of the board trying to build up their cash, weaponry, equipment and four categories of ability points. In the middle of the board is a map of the USA and a progression track of Dark Minion plots represented by cards, which have city names on the backs and monster names and attack scores on the fronts. Once players are strong and rich enough, they can enter the map and fight the enemies shown on the cards that are currently on the track. The enemy cards move down the track after every player turn. If they reach completion, the corresponding Dark Minion (Nukid, ETs, Morlocks, or Fey) gains points toward taking over America. Players must boost their own success scores while also cooperating to keep the Dark Minions from snatching victory from all players. Expanded by: Minion Nation