The Ark of the Covenant - Universal Statistics 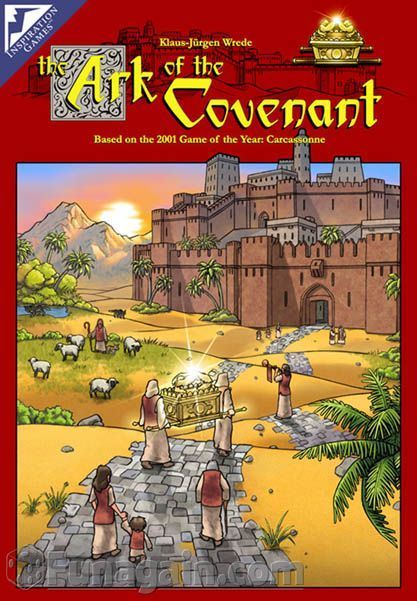 A game based on Carcassonne, Ark of the Covenant has players vie for control of cities, roads, flocks, and temples by using the tiles to create the dynamic play area and by placing followers on the tiles. New features compared to Carcassonne include oases along roads which award 1 additional point to that road for each oasis, a one-time use "prophet" for each player which doubles the value of a completed city for that player, a simplified field scoring with each sheep in the field adding 2 points and each wolf subtracting 2 points, and a new scoring mechanism for temples. Additionally, players can forgo the placement of a follower on the board to move the Ark around the tiles and award 1 point to the owner of each follower it passes. Part of the Carcassonne series.