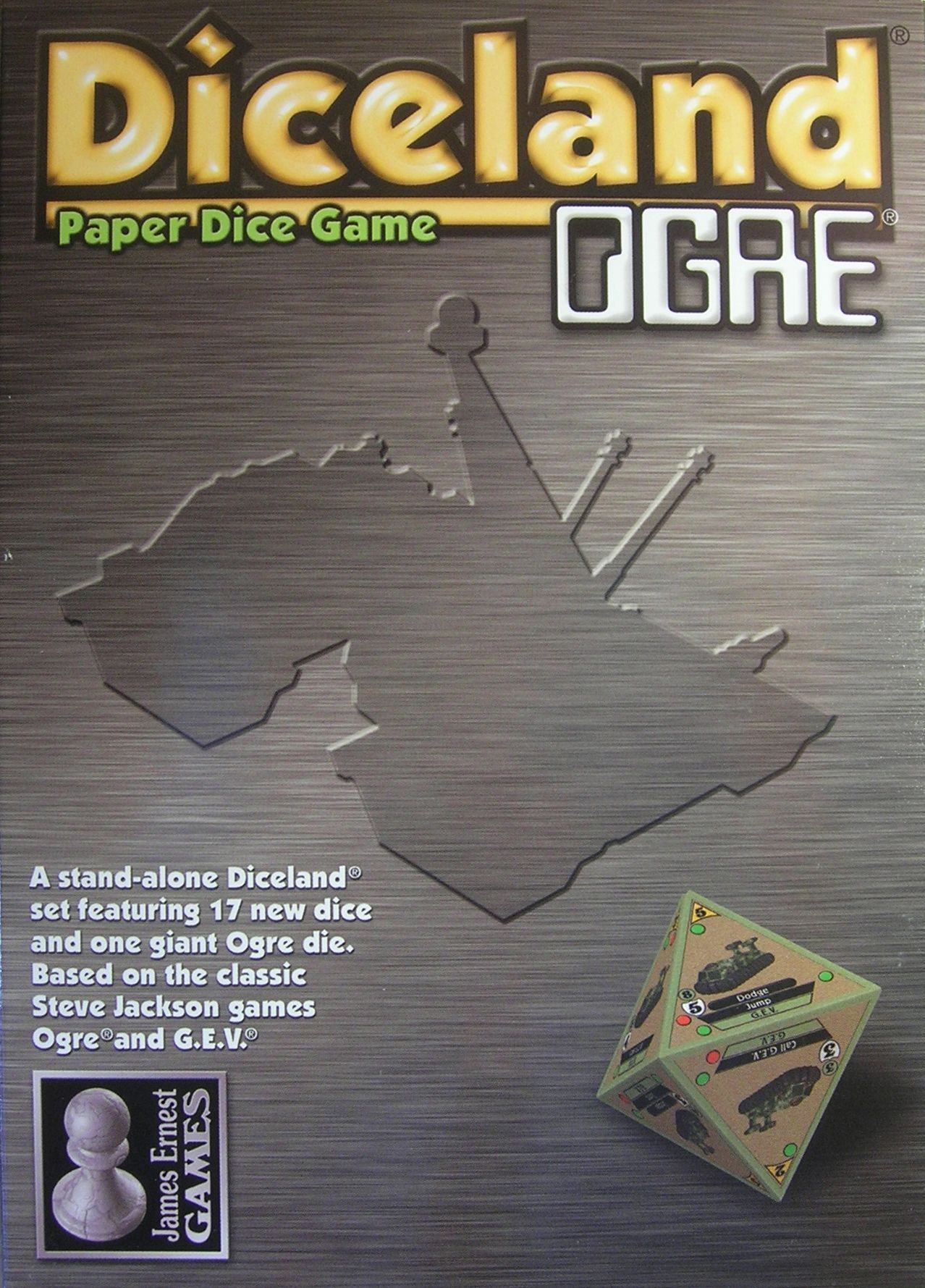 It's OGRE implemented in Diceland! The game consists of one 4-inch die (the Ogre Cybertank) and a set of 16 smaller dice representing lesser units. One side plays the Ogre; the other side picks 30+X points of units, where X is the cost of the smallest unit. Each turn (starting with the non-Ogre player - call them the Defender), the player may either activate a die on the table or throw a new die onto the table and immediately activate it. Each die has 8 sides with variable levels of attack and defense, as well as special powers. Facing matters when attacking, but range only matters if one potential target is closer than another. When a die attacks: if its Attack value is greater than the target's Defense value, the target die is destroyed and the player scores its point value. If the Attack Value is lower (even an Attack of 1 agains the Ogre's 40+), the target shifts one side (effectively losing 1 of its 1d8 hit points). Instead of attacking, a die can move, rotating on its edge for a better firing position or to expose a better face. The Ogre can both fire and then move, making it hard to kill. If the Defender can get several dice on the table, they have a Command Post which can activate every die, bringing the Ogre down quickly. The Ogre also has a 'systems card' like the old Steve Jackson game, allowing its weapons and treads to be attacked. The winner is the first to score 50 points; the Ogre is worth 50 points and the Command Post isn't worth any (destroying it is not the goal). List of Diceland sets and armies Related to the Ogre/GEV Family.