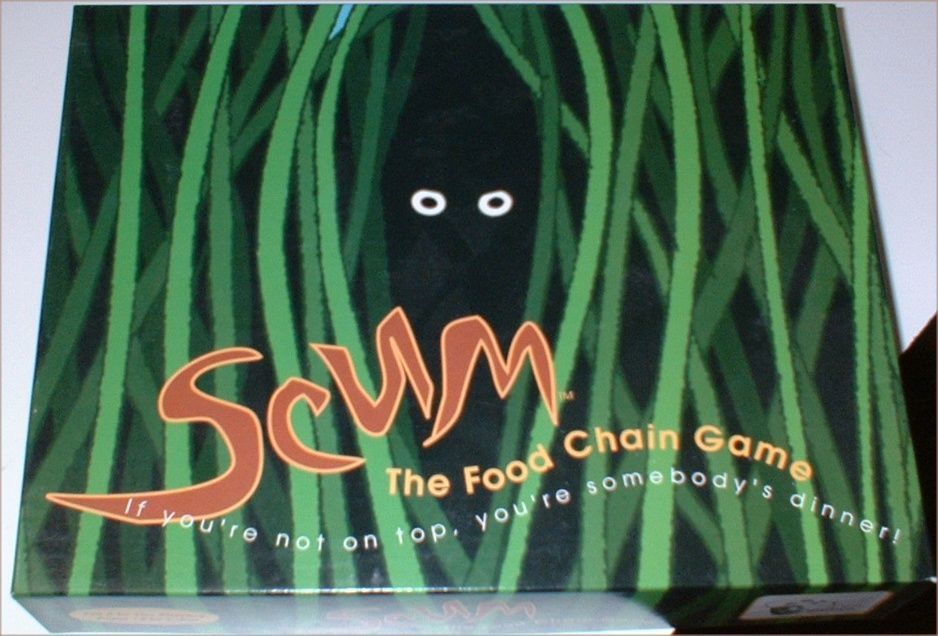 This is a repackaging of the public domain game known variously as: Scum, President, Corporation, Asshole to name a few. It has the same climbing mechanics as The Great Dalmuti, Frank's Zoo, and Tichu. The face cards have been replaced with animals with value from 1 to 13. A board has been added that is simply a big score board. From the family of oriental "climbing games", the public-domain version of Scum is similar to Big Two but has significant differences. Due to its popularity amongst students, many house rules have been developed.