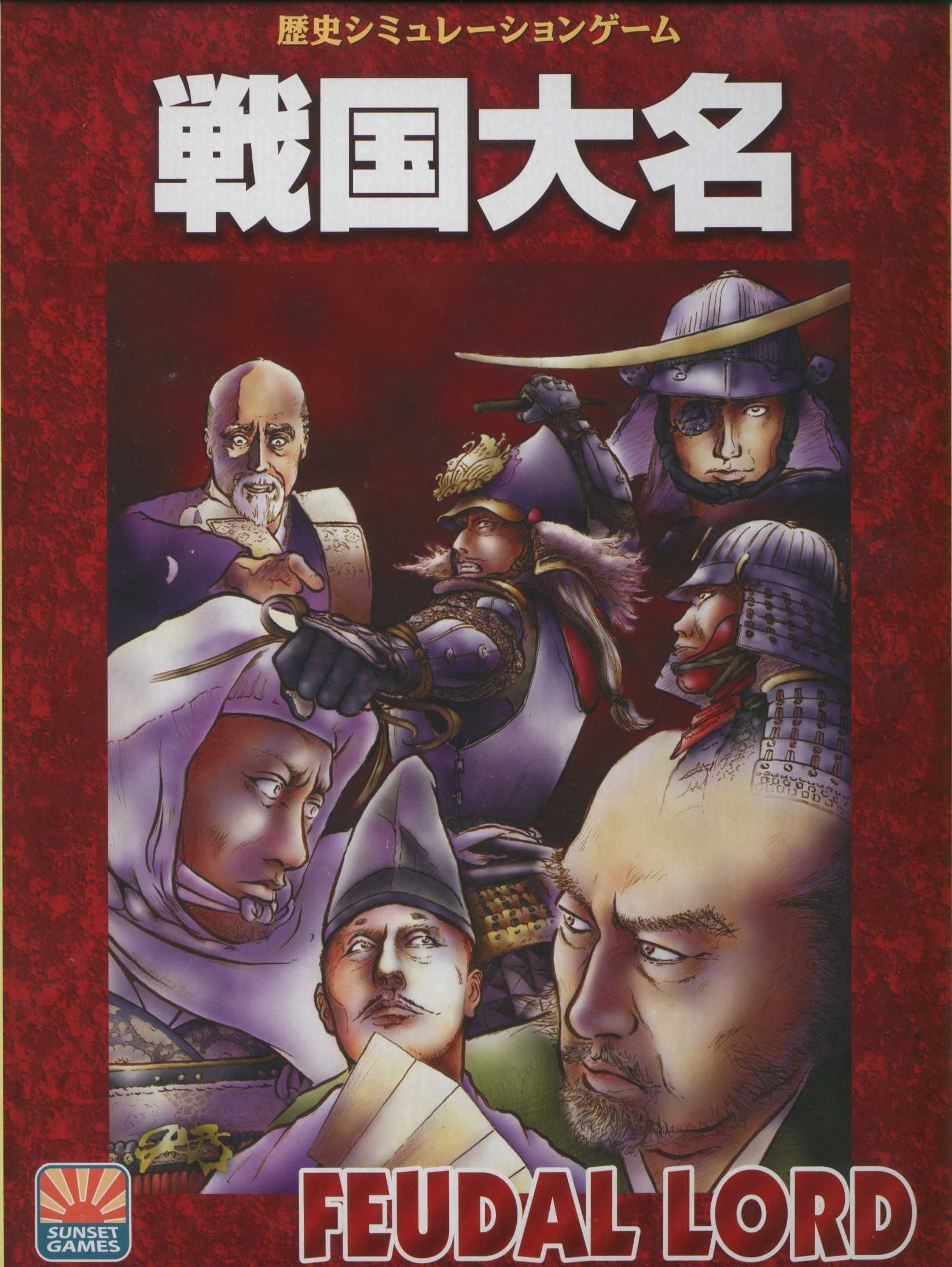 Feudal Lord is a Japanese-language game for up to 8 players. The Japanese title is "Sengoku Daimyo" which means Feudal Lord in the Sengoku period. “Feudal Lord” is a multi-player game that simulates the history of Japan in its age of civil wars in the latter half of the 16th century, from rivalry between lords to unification under one leader (shogun). The 1,300 diecut counters represent the historical factions(clans), combat units, fortresses, leaders, and ships that fought throughout this period. It even includes gold bullion counters. Beautiful full color maps and counters, 8 sets of charts, cards, 20 scenarios, comes with counters trays and 2 dice. In this game, each player becomes a famous feudal lord, and attempts to unify provinces, expand territory, and become the unifier of Japan. Clans conduct war with other players or neutral clans. Administration and diplomacy is important, along with military operations. In addition to the strategy, event card and the ability of leaders have a significant impact on game play. The game has two types of scenarios: historical and free set-up. Historical scenario is based on the actual territory and leaders. Free set-up scenarios will be started with any province and random selected leaders. Nominal purpose is the unification of Japan, but most scenarios will determine the winner by the total wealth of controlled provinces.