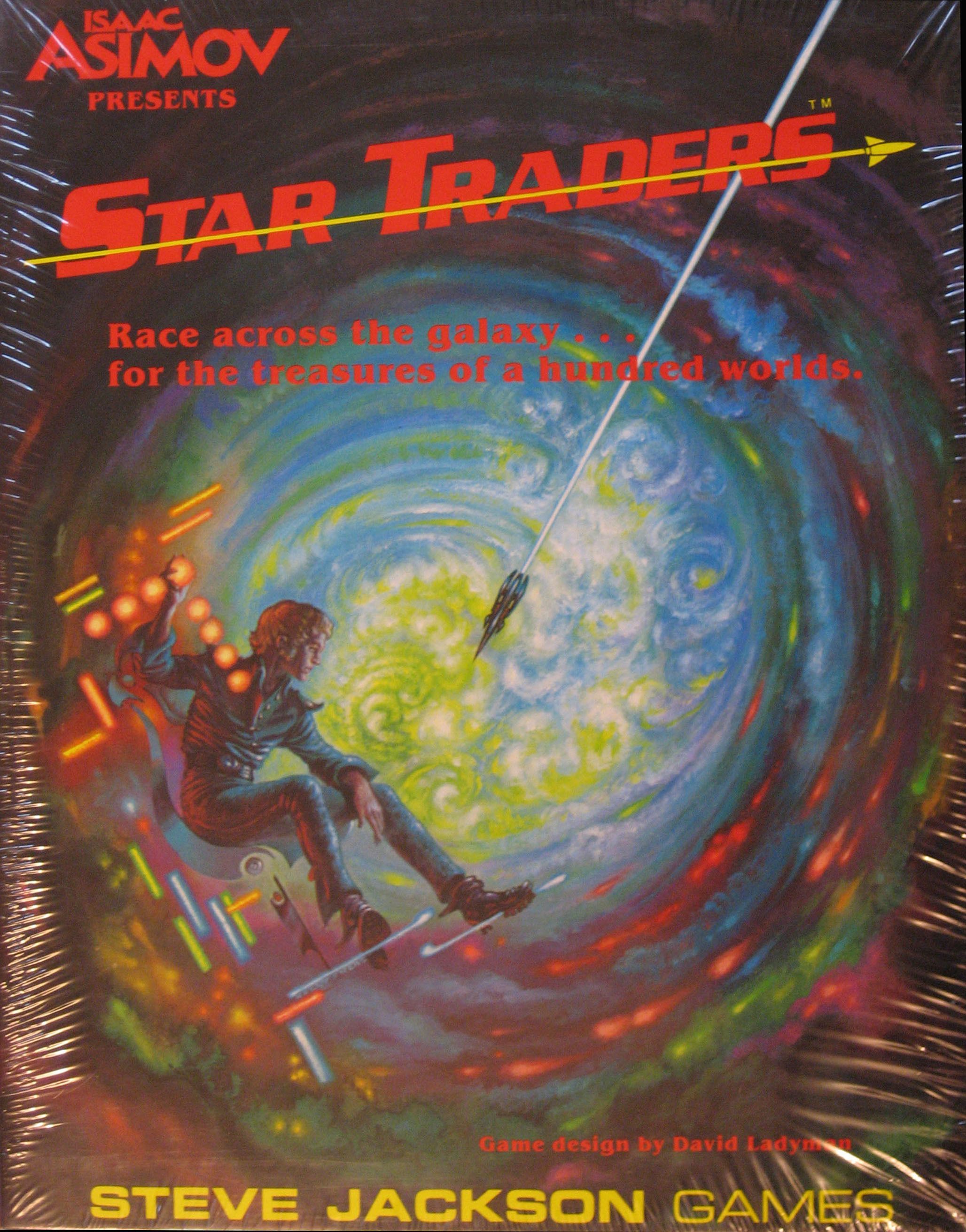 from user review: Each player assumes the role of a intra-galactic merchant, traveling from planet to planet in a future where wars are unheard of and "Traders" are the heroes of the cosmos. The board shows 36 planets: six clustered together in the center of the board, six more in each of five arms of the galaxy. Planets are connected by "jump lines": you can jump to an adjacent planet on an orange line, to a planet halfway down a galaxy arm on a purple line, and from one galaxy arm to another via green lines. The length of the jump line also indicates the difficulty of the jump, so to successfully complete an "orange' jump you must roll a 2 or better on a single die, a purple jump requires a 4 or better, and the green jumps necessitate a 6. As the players scurry about the galaxy, they can pick up and deliver cargoes, which pay both in money and in "Prestige." These "contracts" vary throughout the game, and only one player can fulfill any given contract. This isn't to say that multiple players can't pick up the named cargo, though. But only the first player to arrive at the contract's destination gets the payoff for a contract; everyone else with the cargo is now just stuck with unwanted junk, and may have to pay a penalty to dump it. Players can also build bases on the various planets as they move around. Building bases earns the players Prestige, and when a player tries to make a jump to a planet with a base, the jump is an automatic success if the player has the owner's permission. Traders obviously have permission to jump to their own bases, but if they want to jump to an opponent's, they will probably have to pay a fee. And since only one player can have a base on any given planet, bases rapidly become lucrative investments.