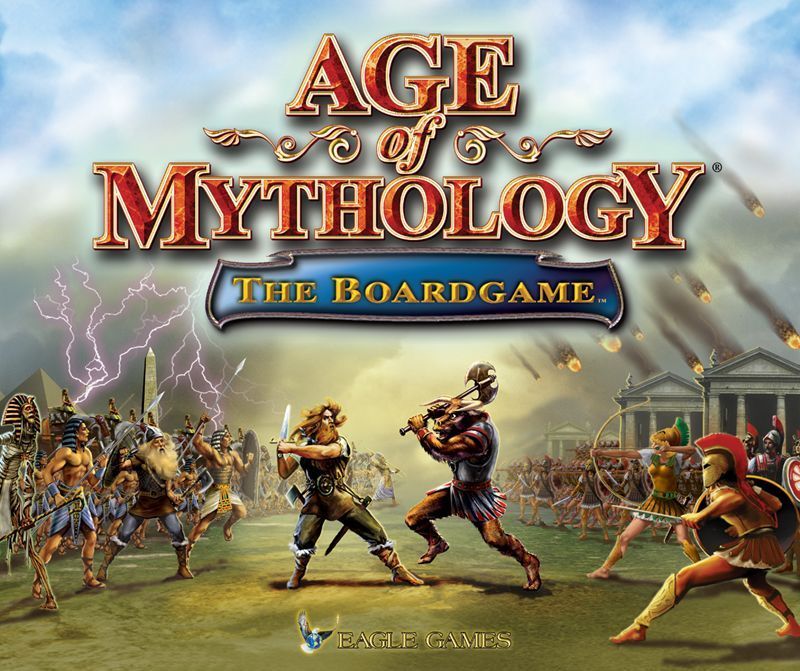 From Eagle Games website: Age of Mythology, the tremendously popular real-time strategy game from Ensemble Studios and Microsoft, gets the Eagle Games treatment! Players control armies made up of warriors, priests, heroes, and mythical creatures from ancient Greek, Egyptian, and Norse mythology. They gather resources, which allow them to create buildings and armies. Special buildings are required to allow players to build new army types and improve the abilities of their units. Battles are resolved with a unique dice and card system that keeps the action moving. You get all the fast-paced action of a real-time game, with real 3-D pieces, and face-to-face gameplay! The ultimate real-time strategy game jumps off the screen and onto your tabletop! A game of epic proportions... In Age of Mythology, you will: Explore the world, claiming production sites (farms, gold mines, lumber camps, & temples) Gather resources Build structures that give you advantages in production or battle Recruit armies of mortal warriors, mythic creatures, and heroes Face off against other cultures in epic battles