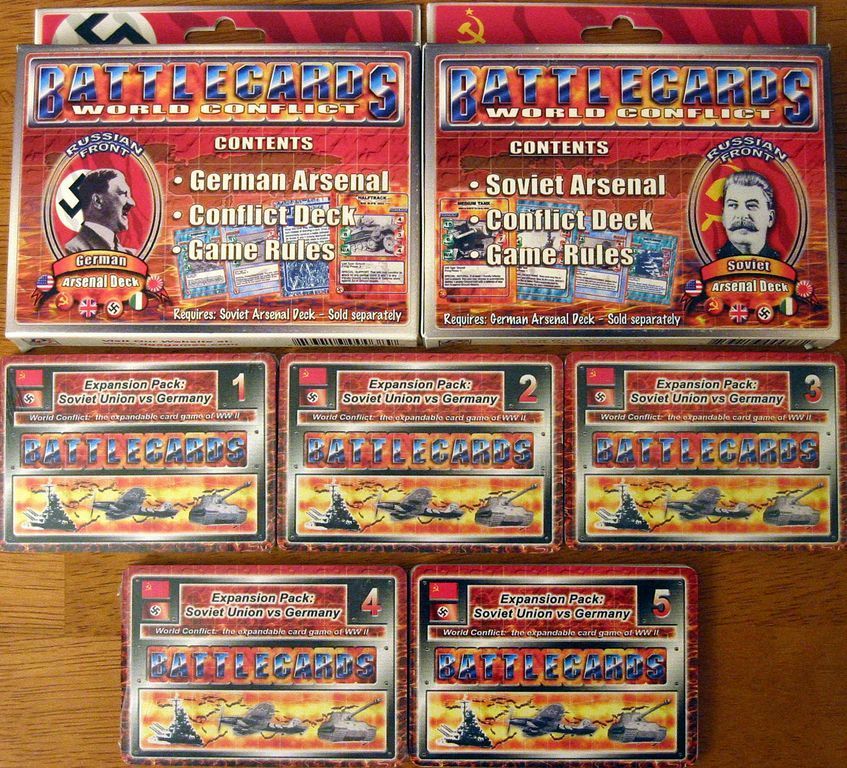 THE RUSSIAN FRONT THE SOVIET UNION vs GERMANY Frustrated by the stalemate in the west, Hitler turns his fierce ambitions eastward. But standing in his way is an empire with vast resources, determined people, and a leader whose lust for power and ruthlessness could be Hitler's match. The Soviet Union rises to the challenge with great tenacity and a seemingly endless supply of soldiers willing to give their lives for the state. Can the Red Army overwhelm the Wehrmacht? Can the Luftwaffe hold the skies against the growing Red Air Force? Will Hitler or Stalin be victorious in the largest single battle-front in all of history? You make the orders, you choose the targets, and you reap the glorious victory or the final defeat! Battlecards is a card game in which you and your opponent(s) build up forces and conduct battles in many of the great conflicts in history. This particular starter set deals with the Pacific Theater during World War II. The game consists of 154 card set. Based upon the draw of Conflict cards, players may build forces, learn about their opponent, gain a secret advantage, or enter into a battle. The objective is to be the player at the end of the game with the most victory points, or to win the battle for your opponent’s homeland. In addition, 20-card expansion packs are available to improve the selection and capabilities of Arsenal cards and Conflict cards for this set. Additionally, this set can be combined with the other World War II Starter Sets so you and your friends may play the entire war as you please.