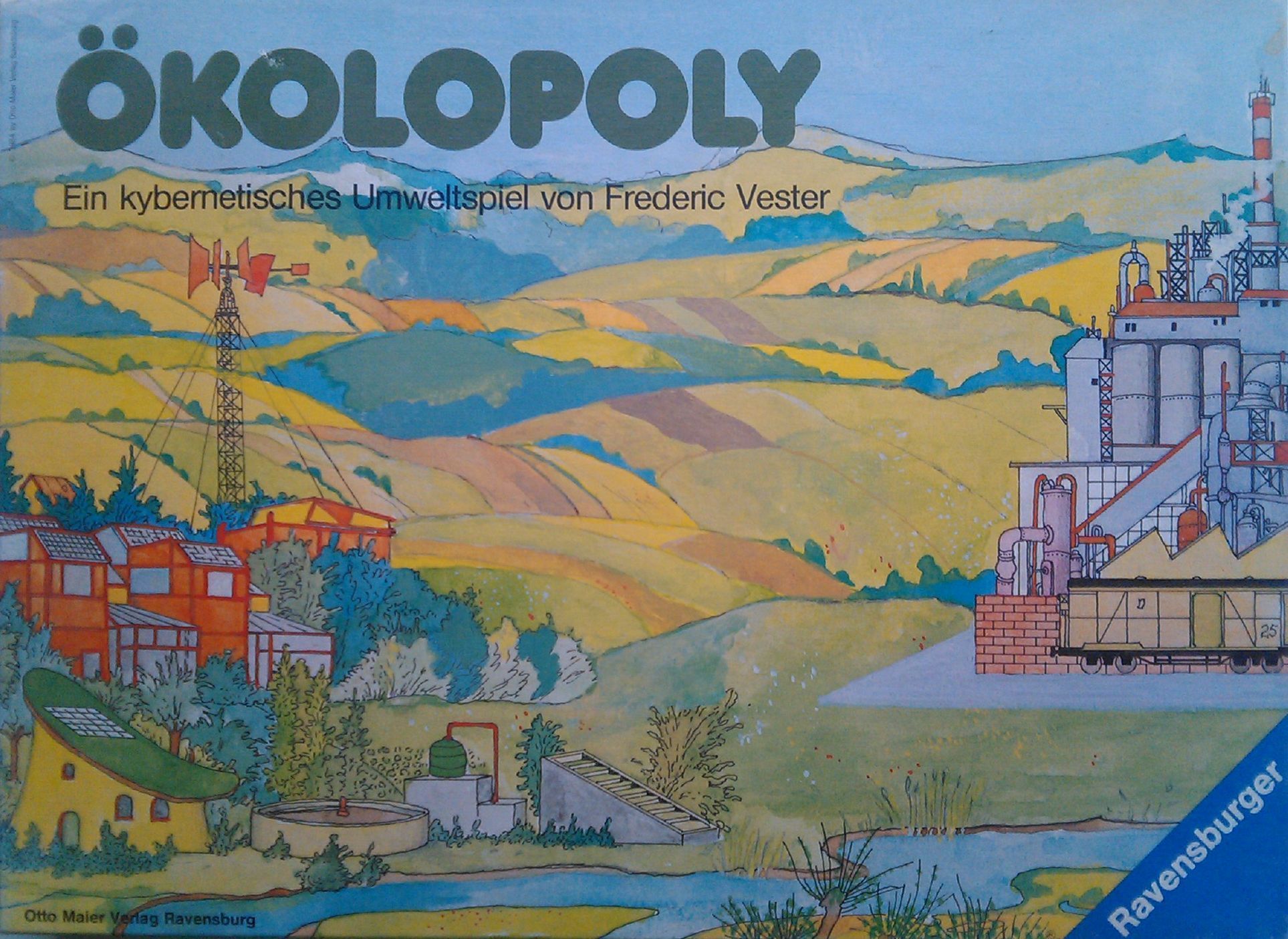 HISTORY Frederic Vester designed Ökolopoly in 1980 and it was first published as a supplement in the journal Nature. At the Munich International Horticultural Exposition 1983 it was first offered as a board game designed by Vester information pavilion of the Bavarian Ministry of the Environment. In 1984 Ravensburger launched Ökolopoly for the general market. While the magazine version had used marker stones on the tables, the final version used adjustable dials. Later a computer version was developed and published under the title ecopolicy. (Source: Wikipedia, http://de.wikipedia.org/wiki/%C3%96kolopoly ) OVERVIEW An attempt to turn an ecological/economic/sociological computer simulation into a board game. Since 1993, players can choose between two scenarios: "Kybernetien" is an industrial nation, "Kyborien" a developing country. One or more players adjust 9 wheels each turn, representing current conditions. Settings influence each other as well. E.g. high "production" increases "waste", which in turn decreases "standard of living", which in turn decreases "action points" (political acceptance) for the next round. Goal is to guarantee stable conditions, but often the game ends in disaster. Optionally, the game can be played with event cards (good and bad).