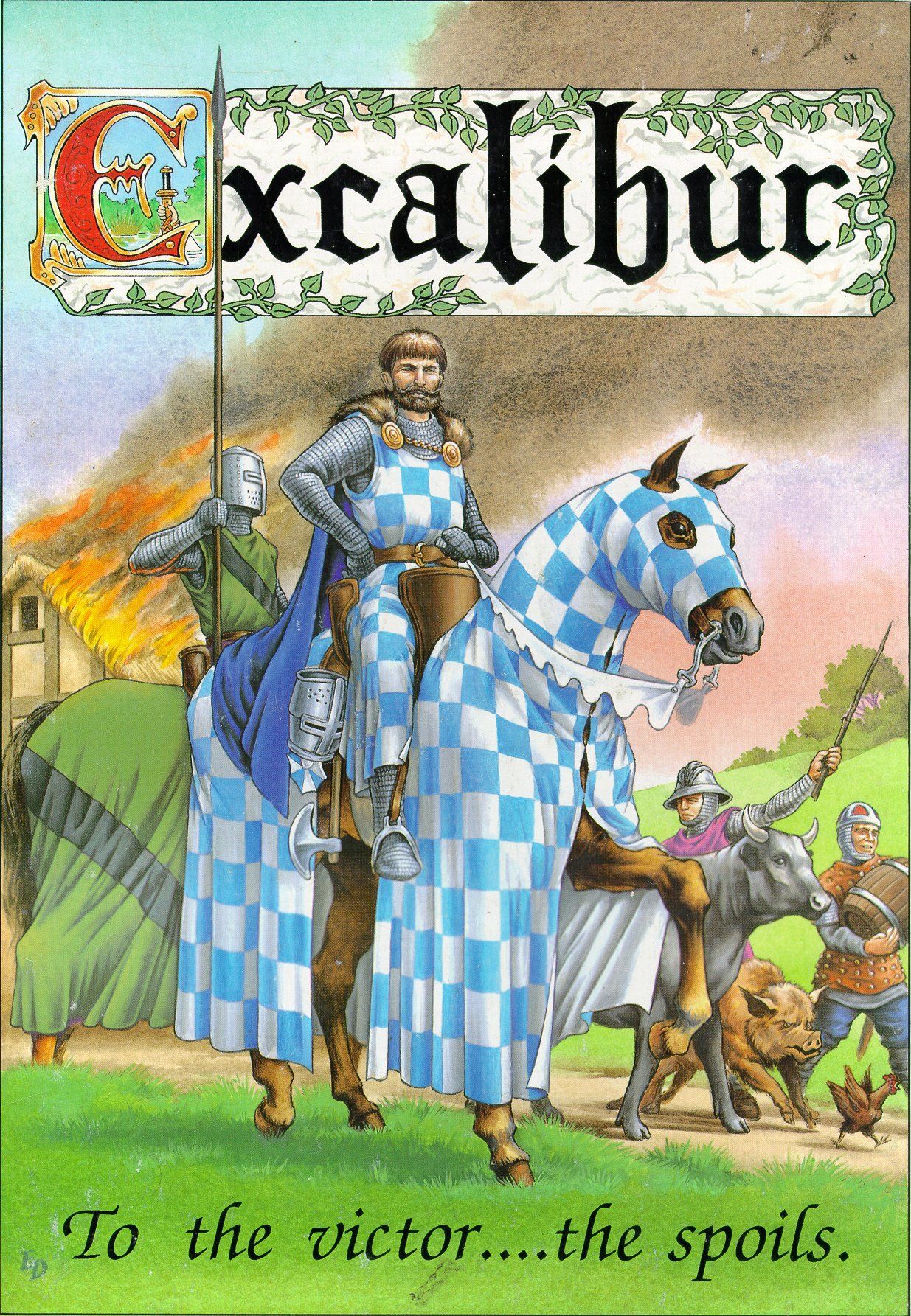 In Camelot every player plays one of the knights of the grail. King Artus sends them to the valley of Camelot to prove their ability to reign and become the lord of Britain. Each game turn is divided into 4 seasons. It starts with spring when everybody can either supervise the seed with his knights or move his knights and mercenaries to conquer new fiefs, fight the other players who might retreat in castles, then siege and loot the villages or one of the two monasteries in the valley. Movement is either simultaneous (in three phases) or secretly written down, depending on what the players agree. In summer and autumn it is the same but in autumn you have to be back at your own fields to supervise the harvest and make sure the farmers give all their grain to their master. Winter gives time to reorder the belongings and spend the gold earned over the year. You have to pay salaries for your men which improve their combat strength for experience, may hire new knights and mercenaries or concentrate on your economy. If you expand too fast without buying beehives, hire fishermen and foresters you won´t be able to maintain your landed properties. This is the time to build castles and mills as well. At the beginning of the next year a random event happens (such as plague, floods or robber barons coming to the valley). The optional rules add religion (you have to choose a religion and build churches or celtic stone circles) and honour, weather (which influences the harvest) and loyalty of your troops. Winner is the player who owns first 21 of the 40 fiefs or has the highest amount of honour after ten years of play (optional).