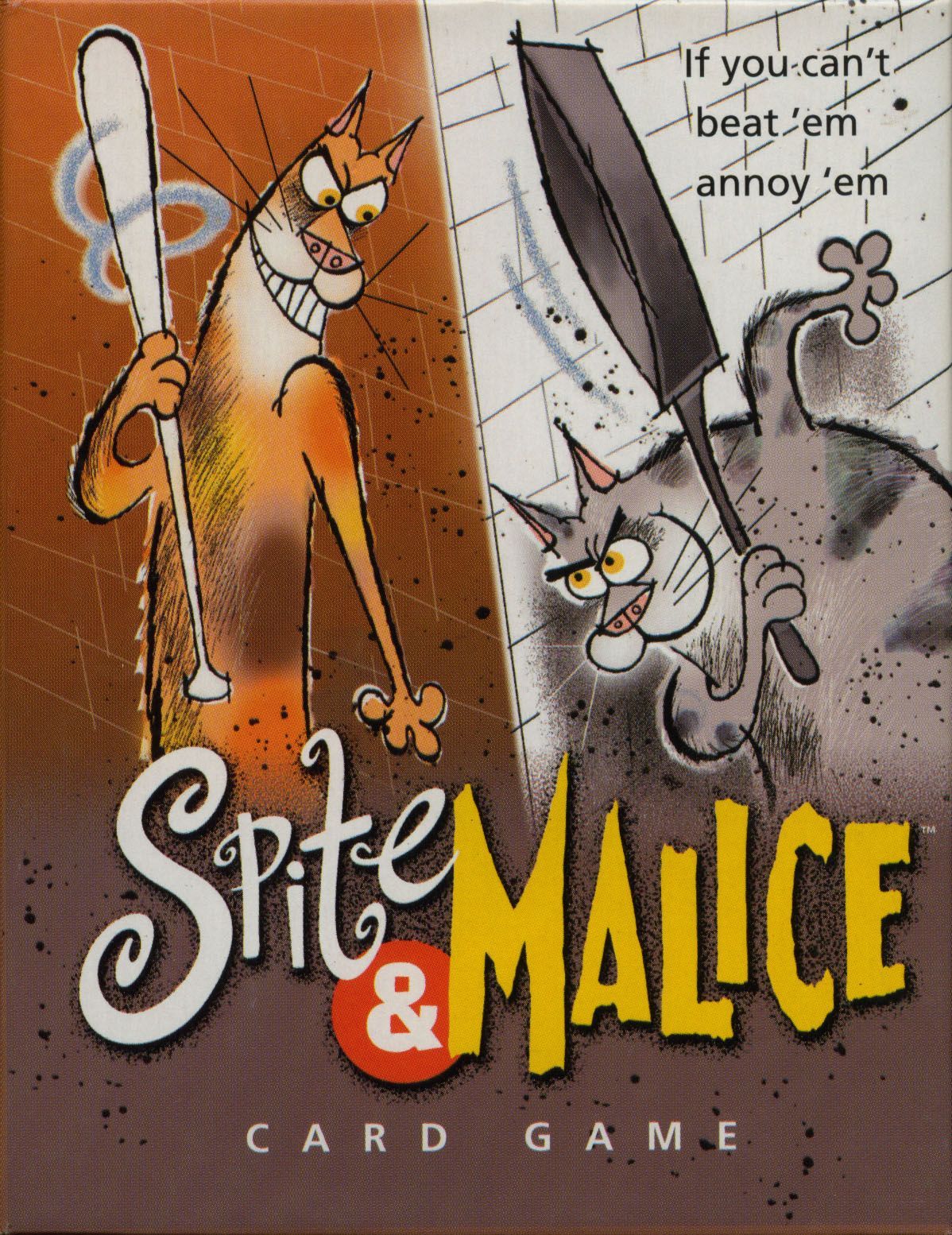 Spite & Malice is a traditional card game from at least the 19th century, played with several standard 54-card decks, including jokers. The object is to be the first to play all the cards from your card stack to the build piles, using additional cards from your hand and your discard piles. The Hasbro edition adds action cards and other twists. Skip-Bo, Flinch and Da Capo! are based on Spite & Malice. Which is to say, Spite 'N' Malice. Hasbro published a cat-themed edition of the game in 2003.