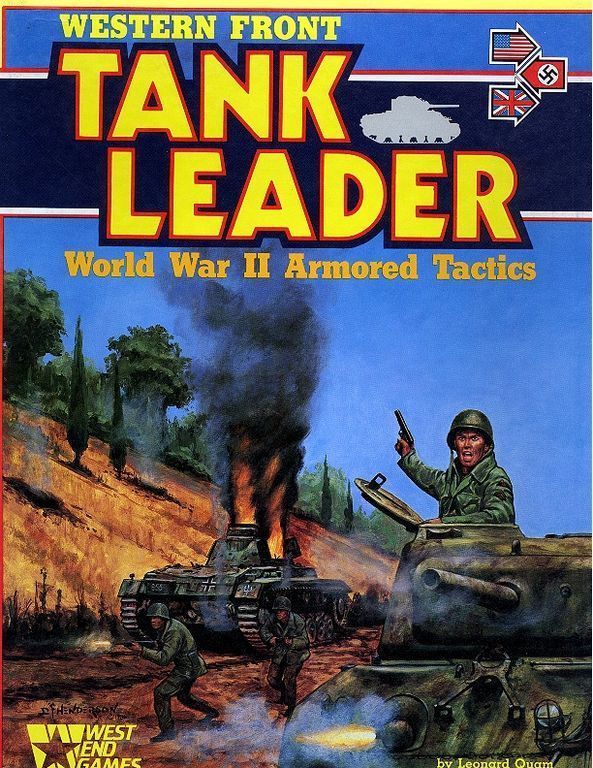 Western Front Tank Leader is the second game in West End Game's Tank Leader series. A tactical (platoon/company level) game where formations are activated by playing command cards. The emphasis is on command, control and communications with the use of Command cards that represent formations which are used to determine order of movement/combat, rallying and group cohesion. The game is similar to the Panzer blitz type of game with command cards supplementing unit quality, command and morale. The terrain on the two maps is variable for woods, contours, and cities which are defined in each scenario. Playable in french version, published by oriflam.