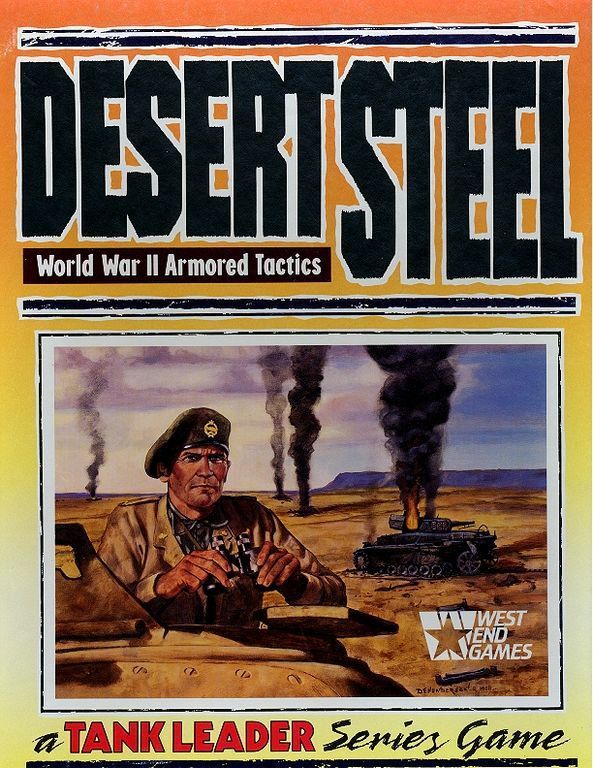 Desert Steel is the third game in West End Game's Tank Leader series. A tactical (platoon/company level) game where formations are activated by playing command cards. Winner of the 1990 Charles Roberts Award for Best WWII Board Game. The emphasis is on command, control and communications with the use of Command cards that represent formations which are used to determine order of movement/combat, rallying and group cohesion. The pinnacle of Panzerblitz style platoon level games, delivered by the same designer who gave us Squad Leader covering command, unit experience, morale and doctrine in an elegant but deep package. The terrain on the two maps is variable for roads, contours, towns, and ground quality (sand, rocks, rubble) which are defined for each scenario.