Fight in the Skies - Universal Statistics 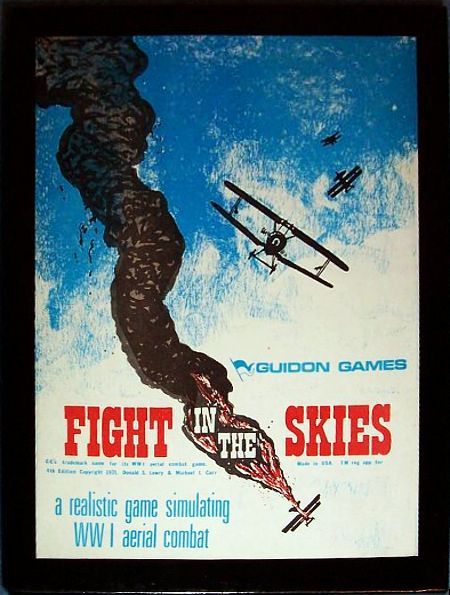 This is a simulation game designed to re-create the essence of World War I aerial combat in the last two years of the war. All of the major aircraft types of that time are included. Use of maneuver cards, covering the aerobatic possibilities of the era, as well as dice and charts, for probability resolution, make for realistic dogfight challenges. The game has an active club, The Fight in Skies Society, which hosts one or two weekends of play in the Midwest each year and publishes The Aerodrome two to four times each year. Later updated and released by TSR as Dawn Patrol. Expanded by: Zeppelin (Self-published) Re-implemented by: Dawn Patrol