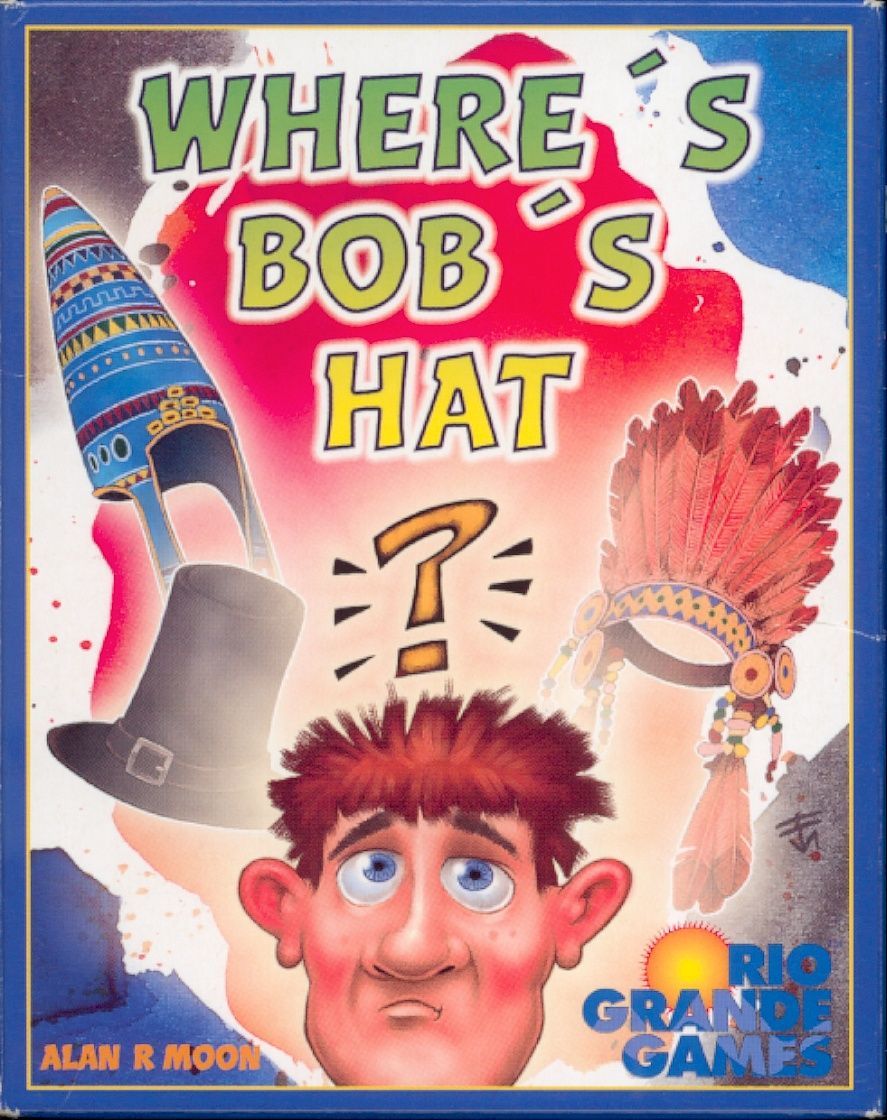 A form of estimation whist, with three colored suits (cards from 1 to 20), and the possibility of trumps or no-trumps. You have to bid for which suit (or suits) you think you will capture most cards of, or you can bid to capture fewer cards than anyone else. Get it right, you score; get it wrong, you take a penalty. The number of cards per hand increases round by round, and the number of rounds depends on the number of players. From the Box: Where's Bob's Hat? is best with 3 or 4 players. Over several hands, players bid to take the most cards in one or more of the three suits, each a different kind of hat. Players who feel they will take few, if any, tricks may bid to take the fewest cards in tricks played during each hand. Players score points for making their bids and lose points for missing their bids. Several cards picture Bob's Hat in addition to the hat of their suit. When a player wins a trick containing a card with Bob's Hat on it, the player takes the Bob's Hat card (worth plus or minus 10 points). The player with the card at the end of the hand add (or subtracts) 10 points to his score. The player with the most points at the end of the game is the winner!