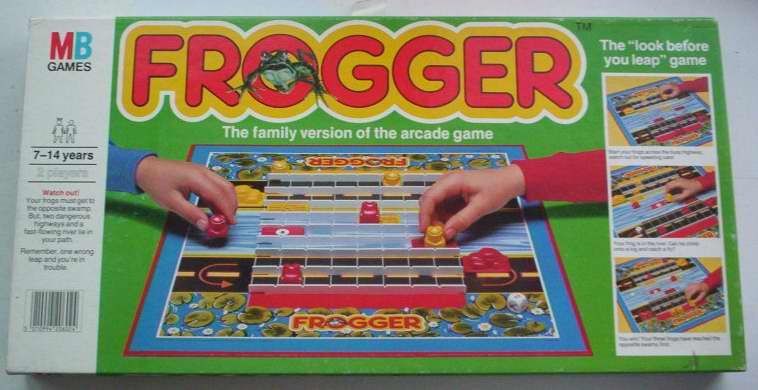 This is another of Milton Bradley's 1980's video-game themed board games. This is based on the arcade and home-system smash hit Frogger. In this version of the game, 2 players face off, each with their own army of frogs, logs, and automobiles. Each turn, a player spends his movement points either moving his frogs toward their goal (the other side of the board), or moving logs and cars in an attempt to block or squash the other player's frogs. Complete with "bonus points" for landing on flies, this is actually a pretty faithful interpretation of the video-game; but far too simple to have any long-lasting interest. More of a curiosity for video-game enthusiasts than anything.