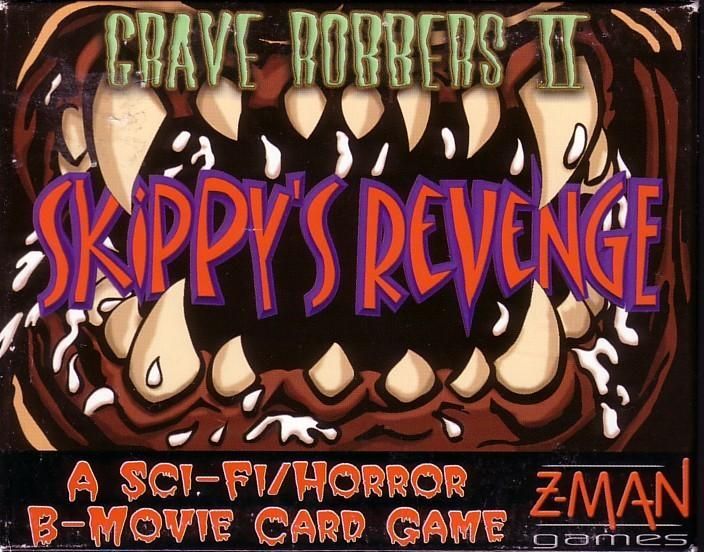 The fourth game in the B-Movie Series of card games by Z-Man Games. The series returns to spoofing bad sci-fi movies in another stand-alone game. It can also be mixed with any other game from the B-Movie Series. Players build a sci-fi movie by playing characters, props, and locations. Players also play creature cards on the other players' movies to kill off characters. Special FX cards can be used for a variety of sci-fi themed actions such as boosting attacks or defending against a certain creature type. The goal is to have the most points in your movie when "Roll the Credits" is played or the draw deck runs out. To explain the subtitle: "Skippy the Wonderdog" is a fan favorite character from the B-Movie Series and appears as a creature instead of a character in this game.