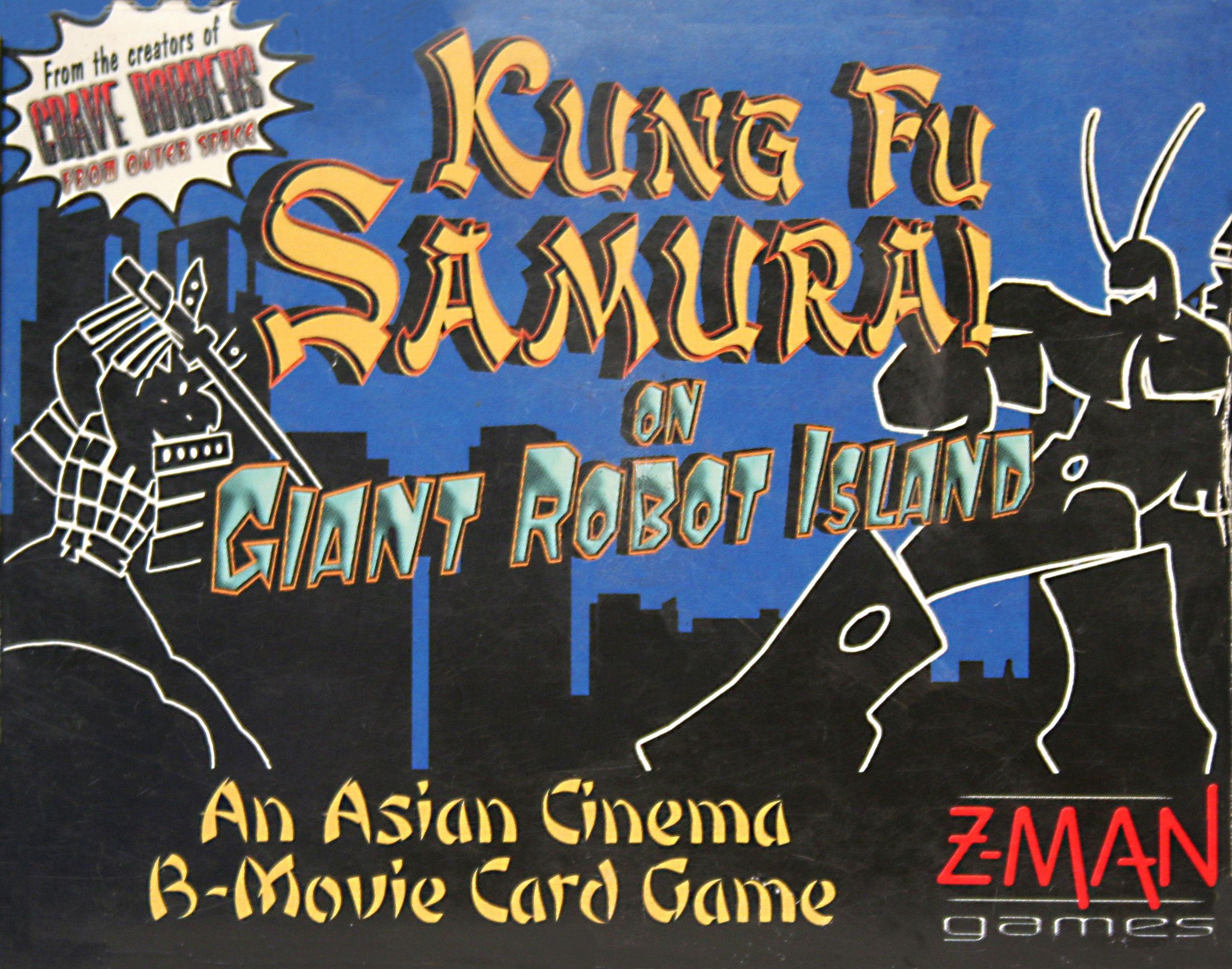 The third game in the B-Movie Series of card games by Z-Man Games. It focuses on martial arts movies, anime, and giant monster movies. Players play characters, locations, and prop cards to create a movie. Creature cards are played to kill off characters in other movies and Special FX cards are used to perform various special actions at (almost) any time. The goal of the game is to have the most points in your movie when "Roll the Credits" is played or the draw deck runs out. This game adds the 'Kung Fu' trait to certain characters, allowing them to attack and knock out other characters so they don't count as part of the movie until the next turn. This game can be played as a stand-alone product or mixed with any other B-Movie Series games.