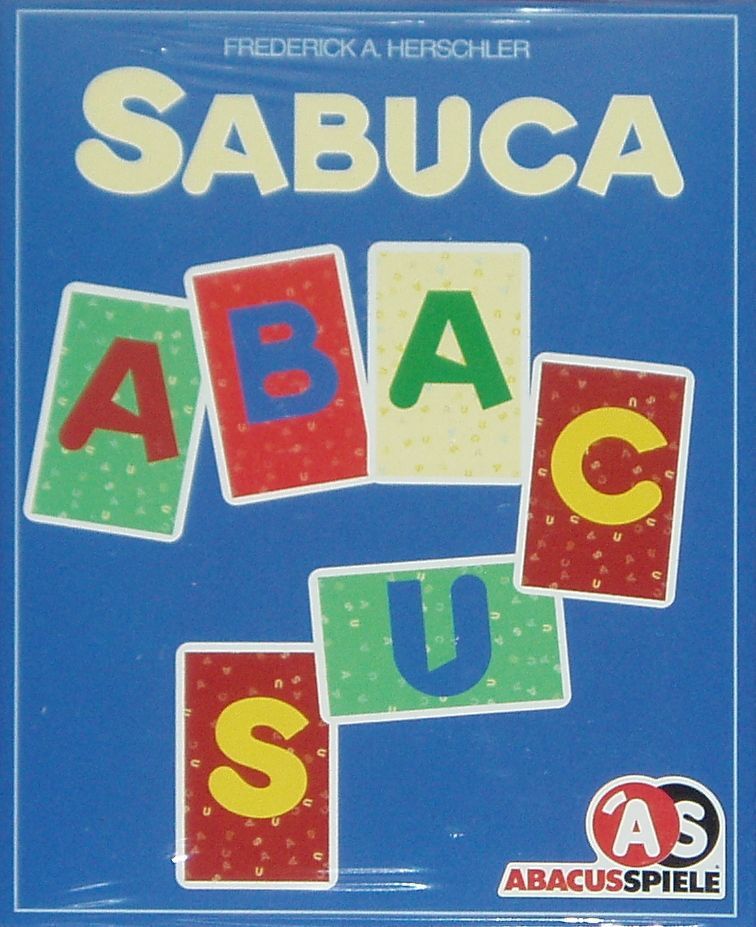 Sabuca is a word game that uses a rummy style of play. Unlike most games though, each player must form words and then scramble them in the hope that the opposition can’t figure them out. The twist to Sabuca is that any player can stop the action at any moment when they think they have the goods! Sabuca is a tricky little word game that is made all the more difficult by the time limit and ability for other players to end things before you are ready. This lends the game a frantic, tense feel and this is something that will likely be favored by the word smiths out there. The nature of trying to unscramble other player's words adds Sabuca a level of depth as it almost forms a game within a game.