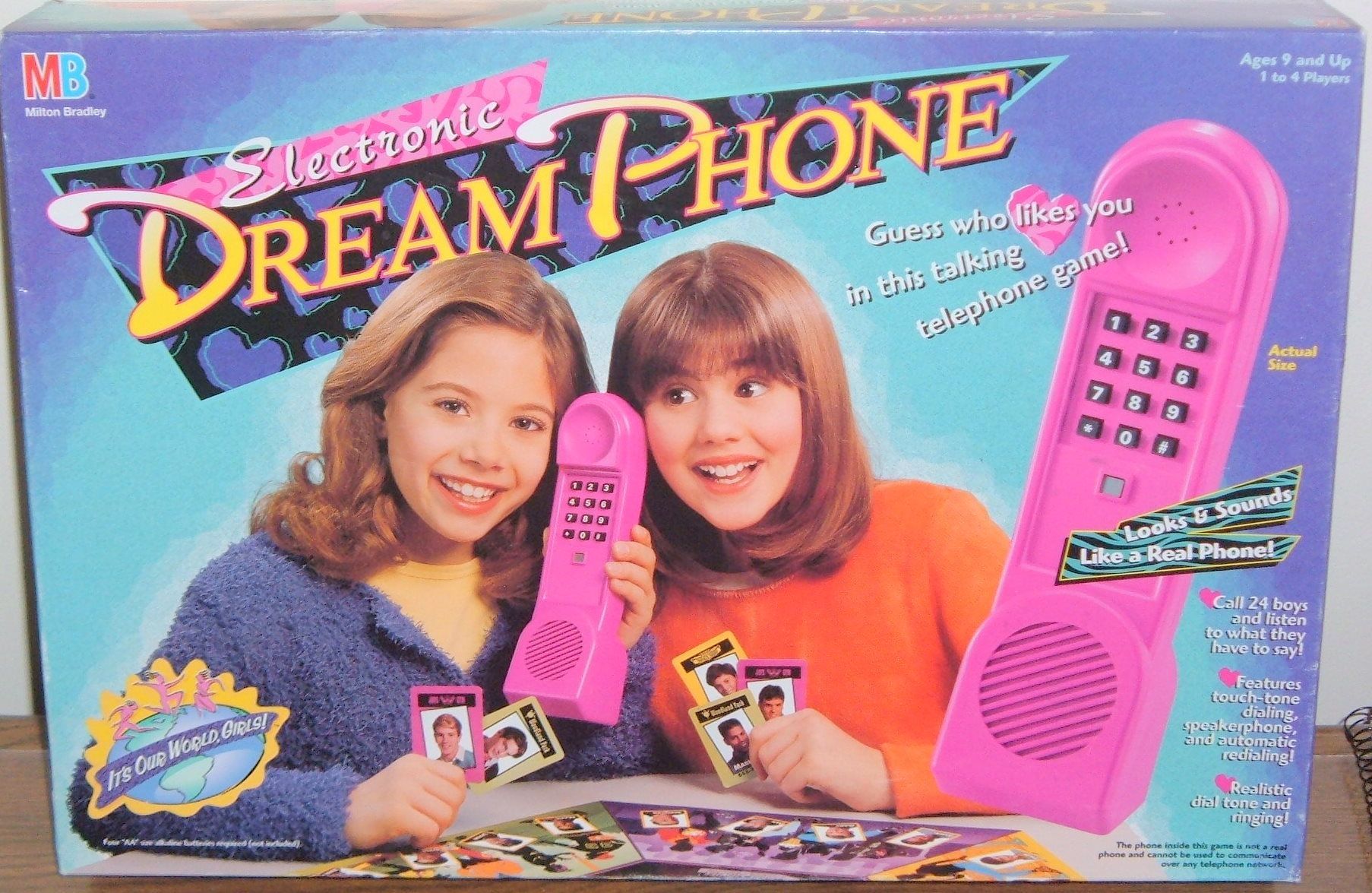 One of 24 incredible boys really likes you. Now you just have to find out who by calling his friends for clues! Play a boy's photo card and call his number on the electronic touch-tone phone! Listen to a clue about your secret admirer's clothes, sports, foods, or special hangouts. Then search the gameboard to identify who he is and who he isn't. Calls are private unless someone plays a Speakerphone card - then everyone hears that clue! If it's a Share a Secret card, just you and one friend listen together! To guess who your secret admirer is, make a special call to that boy. If you hear him say, "You're right! I really like you!", you win the game! The game changes every time you play. Boys give different clues and the secret admirer changes too!