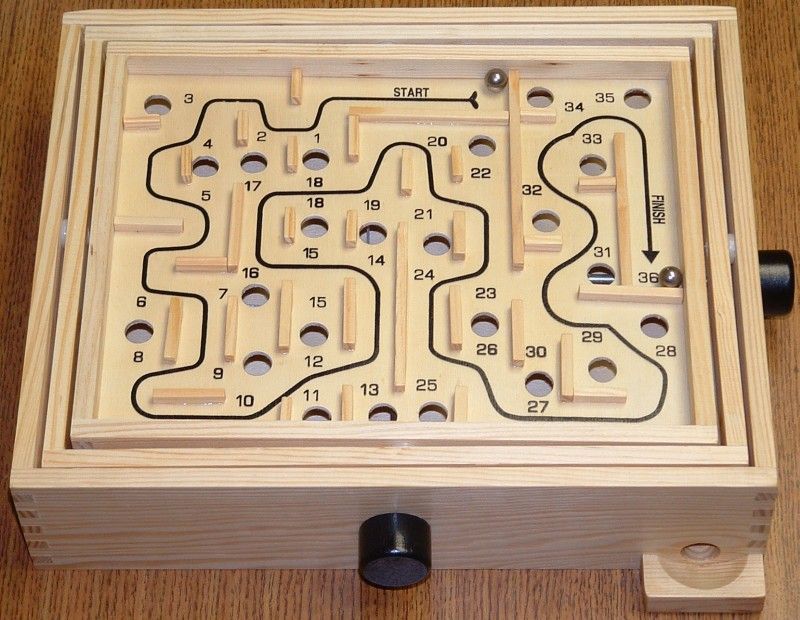 Maneuver the steel ball through the wooden maze without falling into any of the holes. The surface may have numerous tiny pits and bumps, making the behavior of the ball all the more erratic, but that arguably adds to the challenge. An unplugged precursor to video games. The game was invented in the early 1940s by Sven Bergling in Tranås, Sweden. It was lent to Tage Friberg to pass time while he was sick. Tage later started a production of the game.