Save the President - Universal Statistics 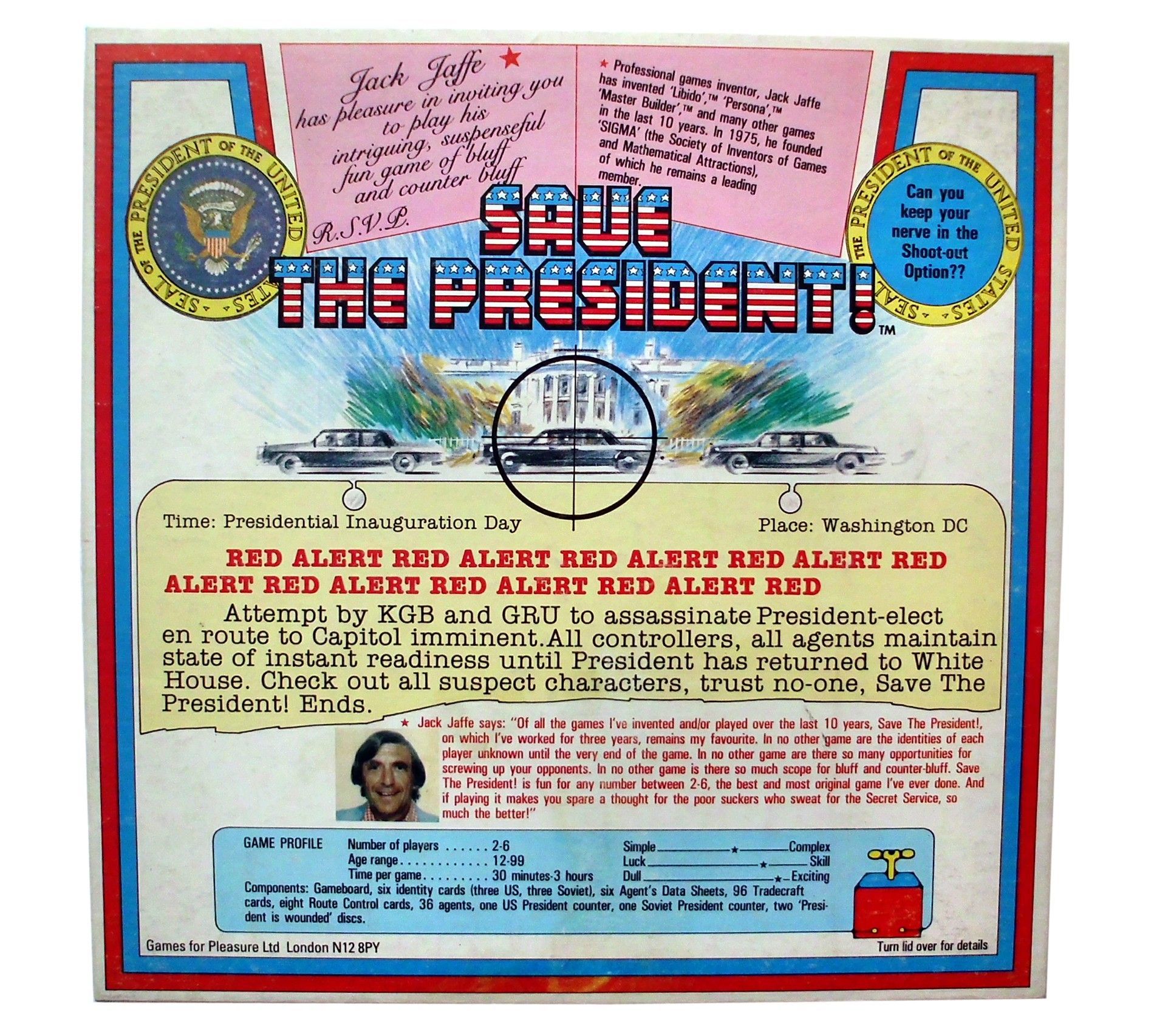 [from the box description] Save The President is played on a representational map of Washington DC. As the president goes from the White House to the Capitol for his inauguration, half of the players - the assassins - try to intercept and terminate his Presidency. The remaining players - the Americans - are sworn to defend him - but the game's flavour is established at game-start when each player is dealt an ID card in secret... So, you can't tell your friends from your enemies and you can't tell who is winning the game until the game's over and the IDs are revealed. Expanded by: The Odd-Ball Scenario