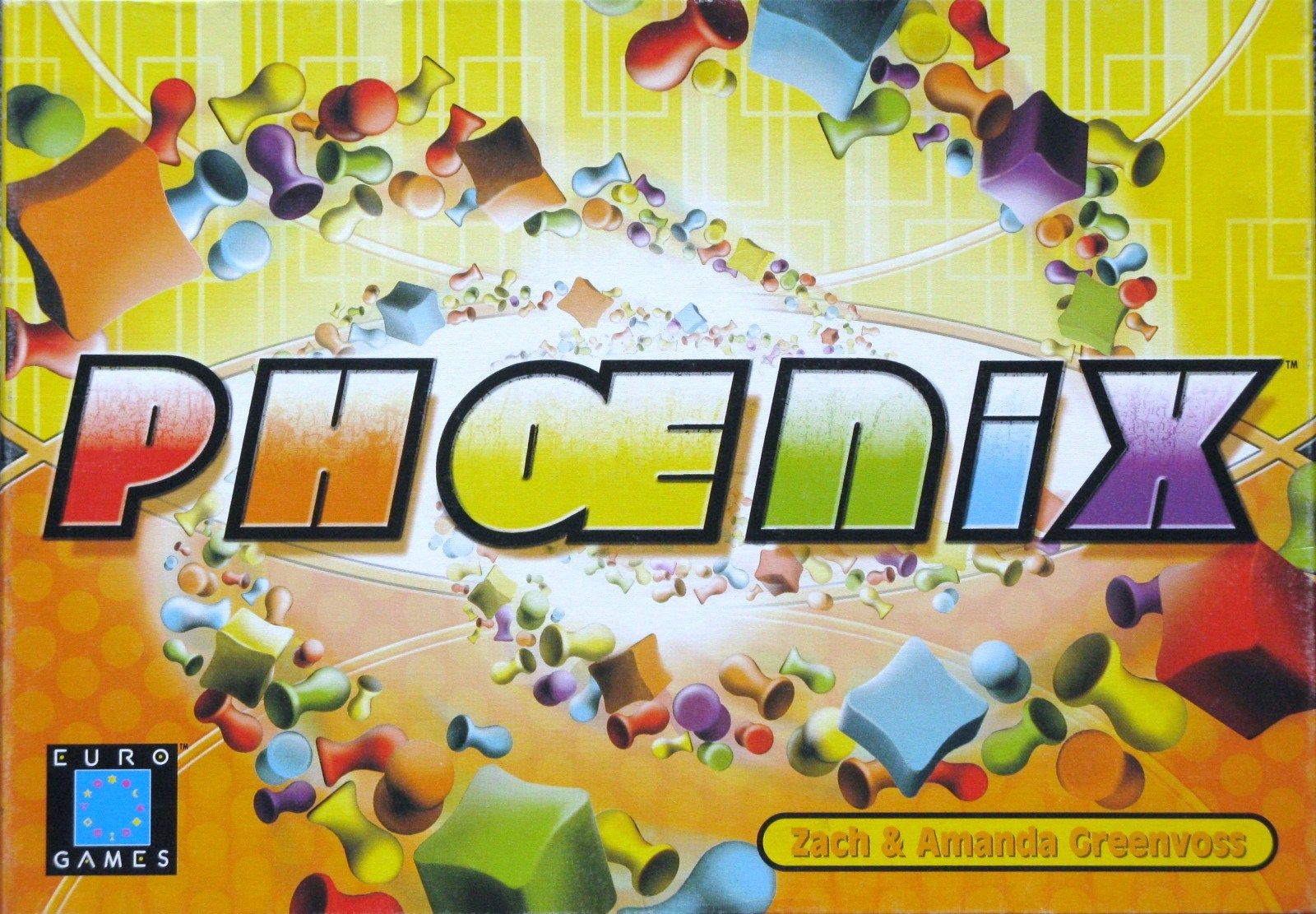 The game contains a forest of wood: 6 “light spectrum” large cubes in different colors and thirty smaller pawns, 5 each in six different colors that match the larger cubes. There are also fifty cards that determine the movement of the pawns and cubes, a cloth bag in which to place the pawns and a board onto which the cubes and twenty of the pawns will be placed. To begin the game, the six large cubes are arranged randomly on the spaces provided in the center of the board. Then, the thirty pawns are mixed inside the cloth bag. Twenty pawns are drawn randomly, with ten being placed on each side of the board. Each player is then dealt five cards. The objective in Phoenix is to arrange your ten pawns in the same color sequence as the six large cubes. Playing a card allows you to move or swap pawns within your row, or exchange one pawn with your opponent. There are also three cards which allow you to change the order of the central cube pattern. The round ends when one player's pawns match the central pattern. That player receives five points. Victory points are also awarded to both players based on having 3, 4 or 5 pawns of the same color connected, and using one of every color. A game lasts three rounds.