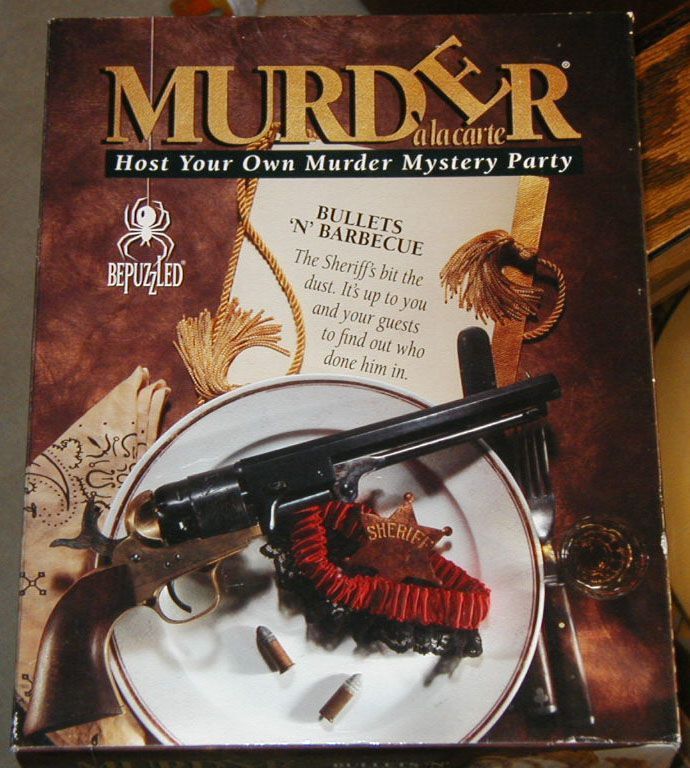 An entry in the Murder A La Carte series of murder mystery party games. The story: "It's the Old West. A town called Drygulch. The morning stillness is broken by the crackle of gunfire. Moments later the townfolk find Sheriff Take Noble face down in the dust. shot in the back. Who would do such a thing? Plenty of people. Maybe even you. Later that day you and the other suspects belly up to the bar at the Paradise Saloon to solve the crime." Contents: - Party planner booklet containing menu and recipe suggestions, music and decorating tips - Character booklets for all six suspects, includes their roles and background information - Six place cards - Six party invitations and envelopes - Six secret clues - Cassette tape with an introduction, summary of events and the solution to the crime