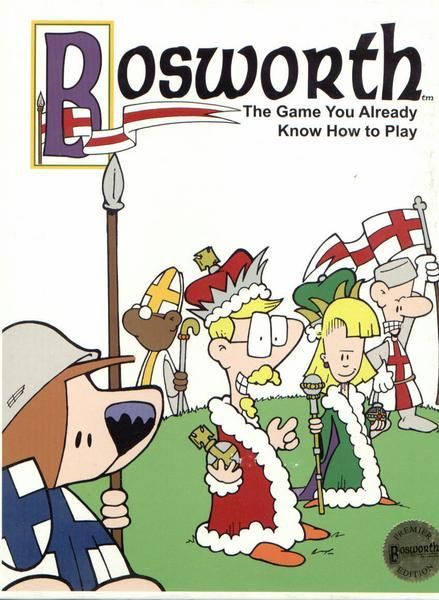 Bosworth is essentially a chess variant for up to 4 players. The pieces are the same as chess (8 pawns, 2 knights, 2 rooks, 2 bishops, a king, and a queen), but they are represented as disks so that they can be drawn randomly from a pile. Players begin the game with 4 pawns in their edge of the board or "field camps" and four pieces from their draw pile as their hand. On each turn, a player must move or capture with one piece, fill empty spaces in their field camp with a piece from their hand, and then draw to bring their hand up to four pieces. Pieces move and capture just like in chess, except for pawns, which can move sideways and capture in any diagonal direction, and kings, which can capture their own pieces to escape check. As in chess, the object is to checkmate all opponent's kings. Online Play GameTable Online (real-time)