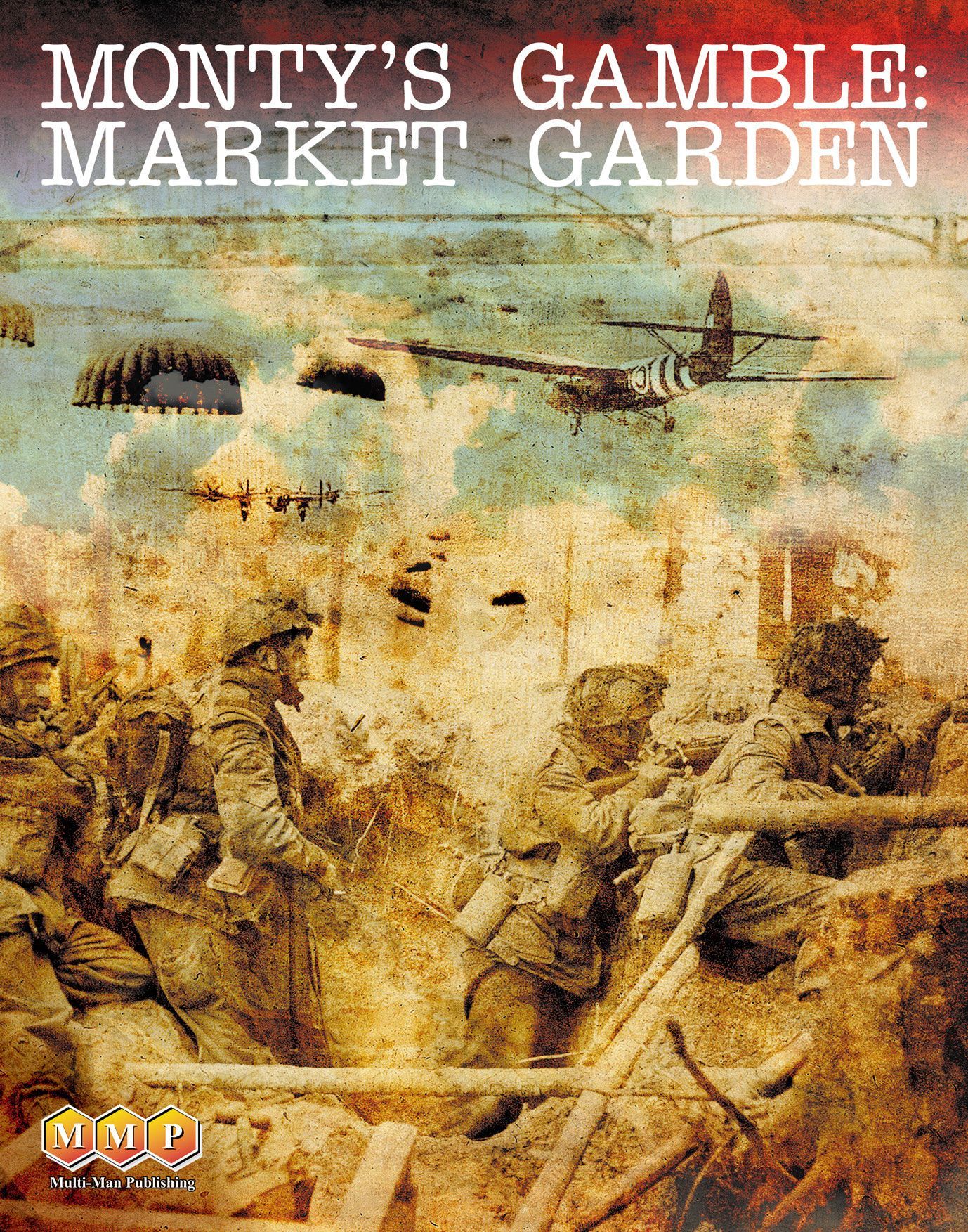 (from the back of the box :) Monty's Gamble: Market Garden is a simulation of the Allied attack in Holland. The Allied must land paratroopers, seize key bridges, and get XXX Corps up "Hell's Highway" to relieve the British paratroopers in Arnhem, all while the Germans are attempting to break their supply line. Monty's Gamble features a semi-simultaneous movement System which provides maximum interaction and requires players to make tough choices as every move they make may be countered by their opponent. Both players will have pressing needs up and down "Hell's Highway" but may only address one at a time—hopefully before the variable turn length causes the turn to end! CONTENTS: 1 Unmounted Mapsheet 2 Countersheets 1 Rulebook with history and designer notes 4 Setup Cards 4 Dice (BGG description :) An Area-Impulse game based on the game engine pioneered in Storm Over Arnhem and developed through Breakout: Normandy. Monty's Gamble: Market-Garden covers the airborne drive into Holland in 1944 using the same basic system as Breakout: Normandy (with infiltration from Turning Point: Stalingrad thrown in). The game features a basic game (4 days) and an extended game (5-10 days), and a game layout (including rules, examples of play, etc.) very similar to Breakout: Normandy.