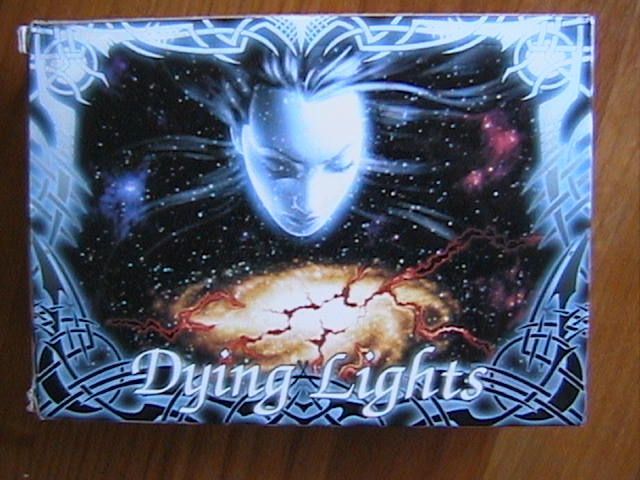 The galaxy is bleeding to death. People are dying with each new nightfall as their very souls wither. Their only hope lies in destruction, and you must teach them how to sow it...Dying Lights is a game of interstellar combat and survival for 2 or more players. The game is played using cards that represent starships, sectors of space, special combat maneuvers, the terrain on which battles are fought, and other such circumstances. The goal of the game is to ensure your faction's survival, whether through military force, heroic self-sacrifice, or simply outlasting the enemy.