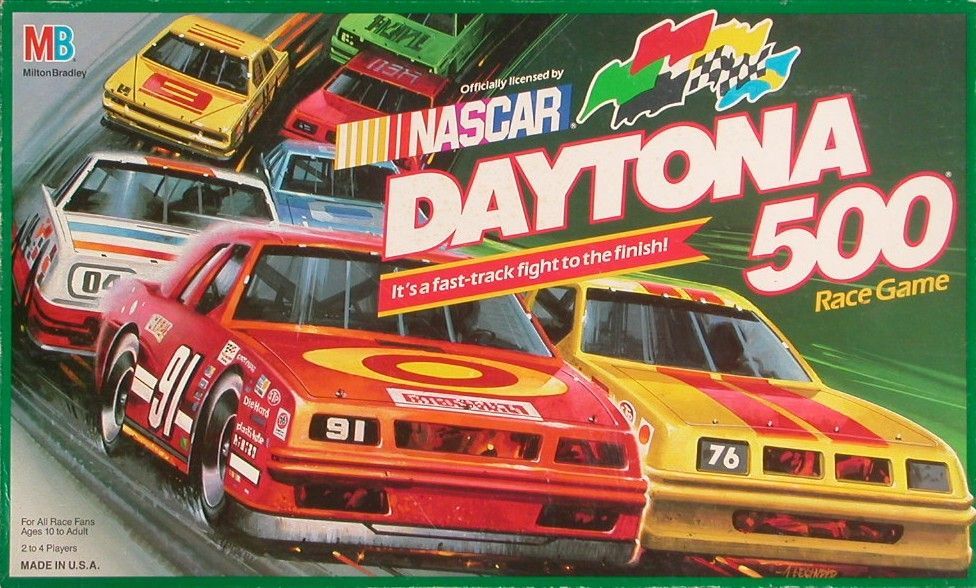 Six little plastic cars race around the big Daytona track. The track is three spaces wide except for a sweeping curve at either end. In the curves, the track narrows to two lanes. The outer lane is a passing lane, requiring twice as many movement points to use and in which a car may not end its turn. Movement points come from play of the special deck of cards. Selecting a card from your hand, you move each of the cars on the card the prescribed number of spaces, trying to position your own car or cars most advantageously while leaving your opponents blocked. Before each race, the six cars are auctioned off, and you bid for them based on the cards in your hand. Payout is based on where your car(s) finished in the race. Most money wins. Suggested game length is three races (each race lasts about 20 minutes), enough to give the luck of the draw a chance to even out.