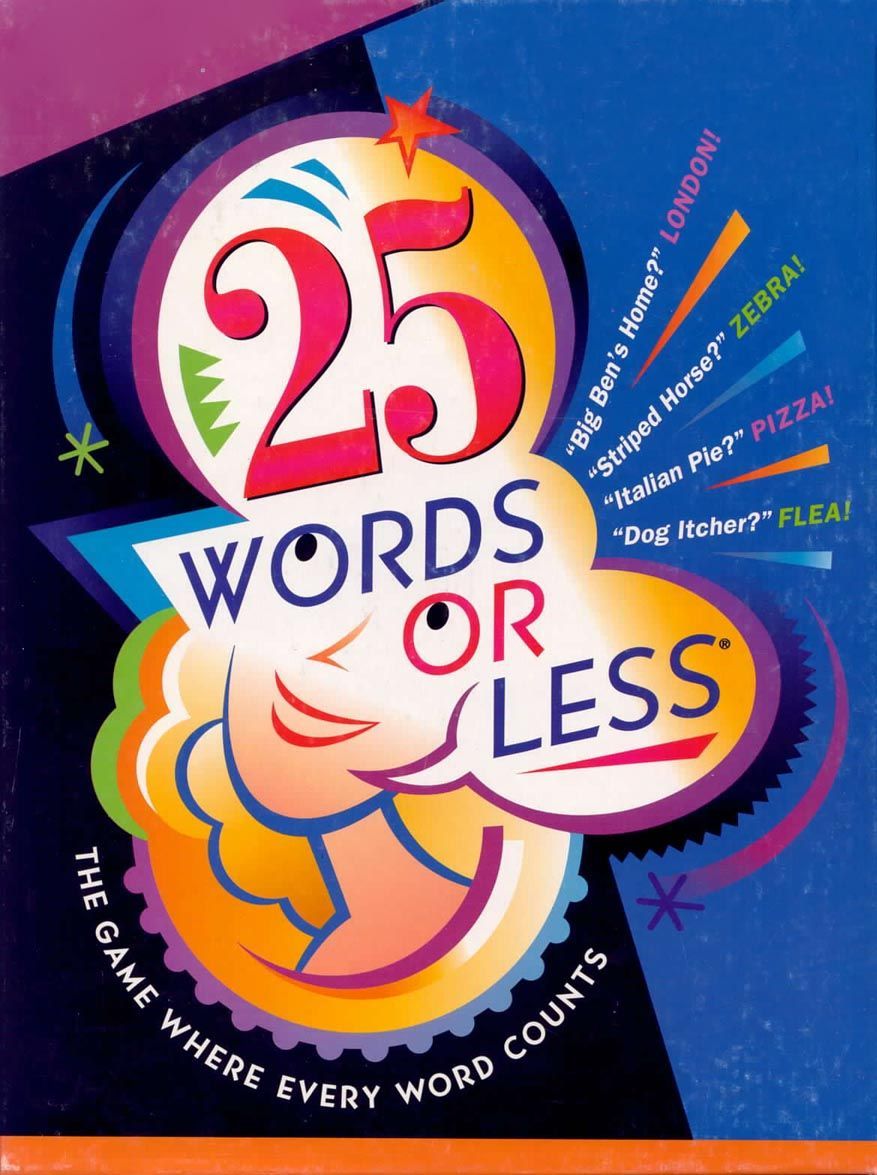 Players divide up into two teams. The current clue-givers look at a list of five words that they're going to have to get their teammates to say using only words (aka, no sounds or gestures). The clue-givers bid on the number of words that they can accomplish the feat, with the lowest bid getting the honor of doing so. If the team cannot successfully name the words in the allotted time and with the bid number of words (or less), then the other team gets the point. The first team to collect ten points is the winner. Won Games Magazine Game of the Year award in 1997.