The Rise of the Roman Republic - Universal Statistics 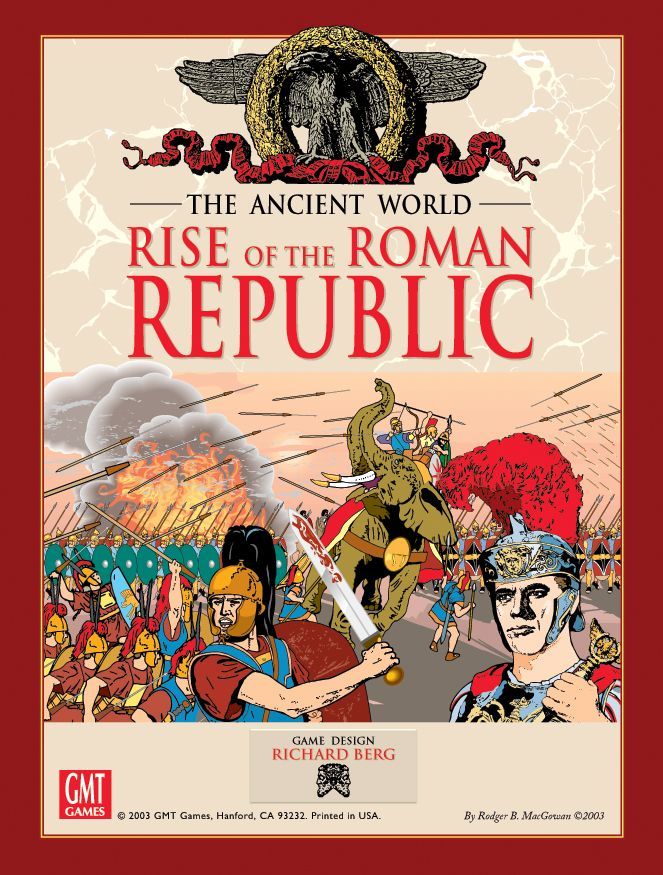 (from GMT website:) The Ancient World: Rise of the Roman Republic is the first volume in a projected series of games that will cover virtually every war and campaign in ancient history on the same scale and scope that the legendary Europa series did for WWII. Each game and module in the series will add maps, units, and all the personalities that will enable you to play, in some, but not daunting, detail your favorite periods. Volume I, Rise of the Roman Republic, is the introductory game to the Ancient World series with shorter, smaller scenarios. Rise of the Roman Republic includes scenarios for the Samnite Wars (which also includes a three-player version that takes in the invasion of Alexander of Epirus), the invasion of Pyrrhus (including his Sicilian adventures), and also the first three years of Hannibal, all on a single map of Italy, complete with dated road system. The focal point of the game system is the unusual set of mechanics that, in essence, have no allowance limits to movement. Units - troops under a leader - are free to move as far and as long as they want, subject to two major factors: leader capability to do so, as well as attrition. The Romans are really fun, mostly because you have to master the Roman political system, from yearly elections, to pro-roguing consuls, even to asking the Senate permission to do many things, all of which serve to make running the Roman armies about as close to realistic as has ever been seen in a wargame. The land combat system uses a unique Combat Results Table that includes the dreaded Unusual Result dicerolls, which replicate the battles that took place wherein the outcome belied the odds. But you still get the Carthaginian cavalry, the Epirote hoplites, elephants, and all the usual goodies you'd expect in such a game. The Ancient World is aimed at aficionados of the subject, as well as those interested in the breadth and depth of campaign operations. Yet it is a very playable system in which most scenarios can be finished in an evening, and none, in Rise of the Roman Republic, take more than one map. Game Features TIME SCALE 1 year per turn MAP SCALE 13 miles per hex UNIT SCALE Strength point = either 500 men; 300 cavalry; 10 elephants NUMBER OF PLAYERS 1-2 DESIGNER Richard Berg DEVELOPER Alan Ray MAP ART Mark Simonitch COUNTER ART Rodger B. MacGowan and Mark Simonitch