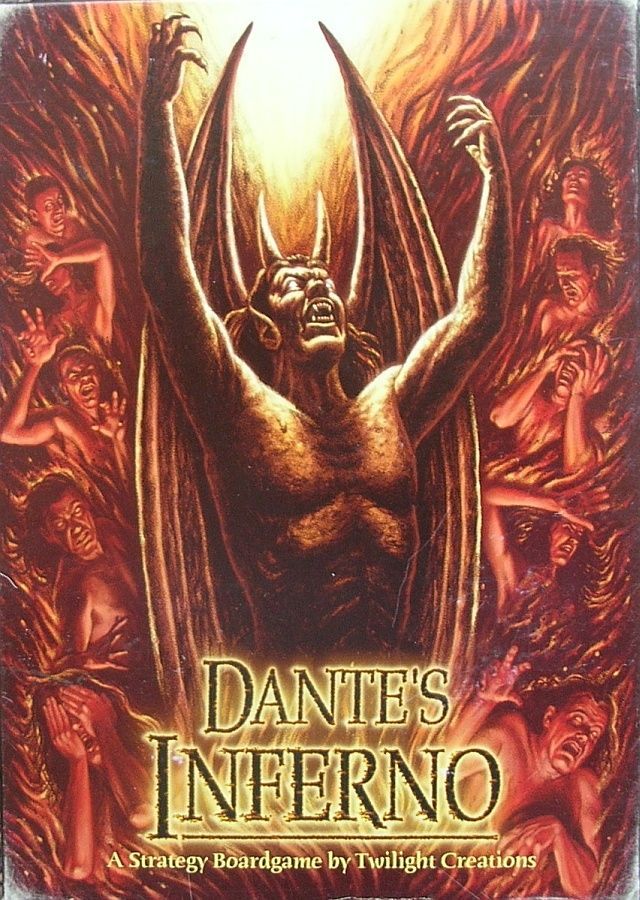 This is a fairly complex strategy game featuring resource management and trading. The objective is to move one of your player tokens to the 9th circle and defeat Lucifer. The initial setup is the outer ring of the board. Each tile is two rings and the tiles are numbered. Players take turns placing 3 of their player tokens on the tile of their choice. Each tile corresponds to one of four resources. At the beginning of each player's turn, two dice are rolled. A 7 brings a demon into play in a corner of that player's choice. Any other number will result in some players gaining resources. Rolling doubles gives your regular allotment of resources, plus a resource of your choice. Rolling 2 or 12 allows you to place a marker on one tile that either doubles or eliminates production for that tile. Players can use their resources to bring out new player tokens, buy new tiles for inner circles of hell, move themselves, descend deeper into hell, move others, flip tiles, or alter die rolls. Players can trade resources with other players during their turn. The lower circles of hell generate more resources (2 for 3/4, 3 for 5/6 and 4 for 7/8). The game ends when a player descends to the ninth level and defeats Lucifer by rolling a 10 or better on two dice.