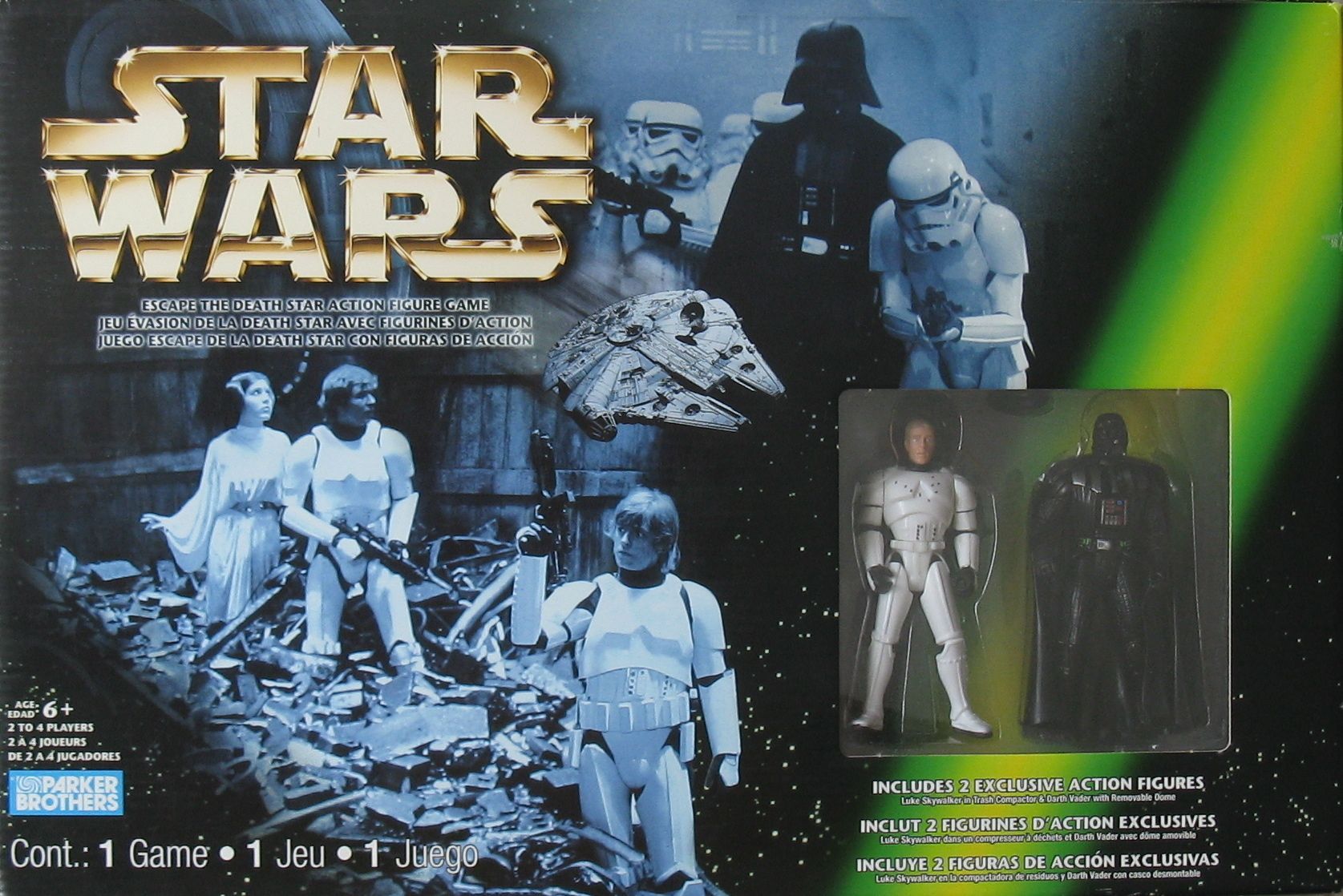 From the Box: Board the Death Star... for a fight to the finish! Recreate classic Star Wars movie battles in two games! In the first, for younger players, Luke Skywalker, Han Solo, Princess Leia and Chewbacca sneak through the Death Star capturing Imperials. Can you score the most captures? Now advance to the next game - and take sides! Darth Vader, Boba Fett and stormtroppers move in the open, capturing Code Cards to win. But the Rebels move in secret. To win, they must use strategy to reach the Millenium Falcon, then dice-roll their way off the Death Star! Add other action figures you already own...and fill the game board with life-like Star Wars characters! Action figures bring intergalactic battles to life! For even more action, add your own figures! The game originally came with two limited edition Star Wars: Power of the Force action figures that were unavailable anywhere else: Death Star Darth Vader (with removable helmet and lightsaber) Stormtrooper Disguise Luke Skywalker (with removable helmet and lightsaber). All other characters were represented with cardboard cutouts in plastic stands; these could be replaced with other action figures from the Power of the Force line.