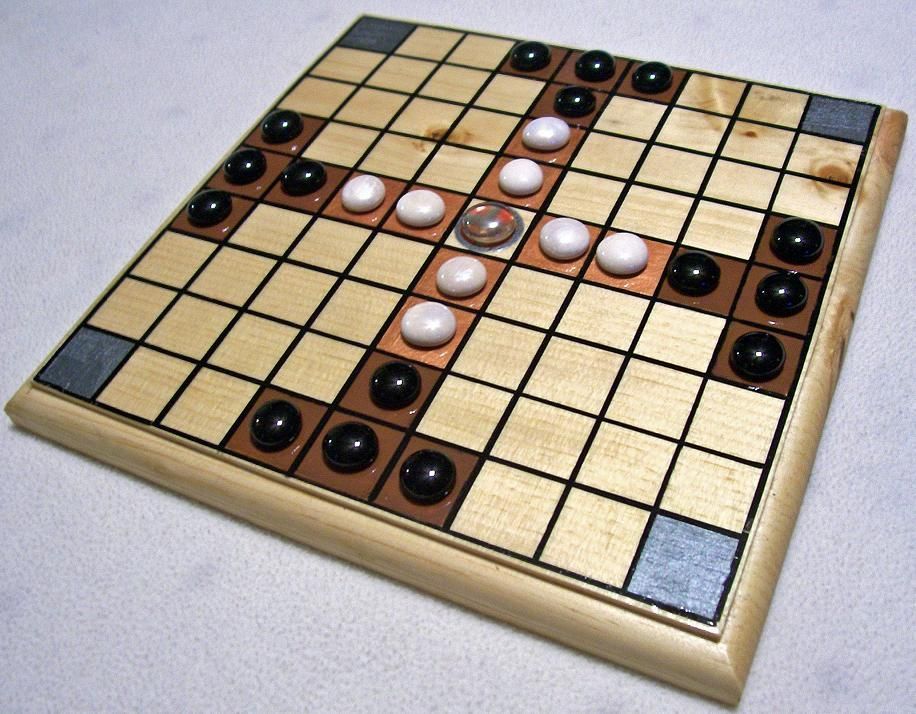 Tablut is a traditional tafl game played on a 9x9 grid and is described at. The game was originally recorded by Linnaeus in Lappland in 1732, but is thought by a few scholars once to have been played throughout Sweden. [Given the lack of documentation of this game before Linnaeus' account, I find that opinion difficult to maintain, but it exists nonetheless.] game description for Swords & Shields One player controls the Shields and the other controls the Swords. The Swords player must try to capture the Chief Shield, while the Shields player must clear a safe path for the Chief Shield to escape off the board. Pieces can move any number of spaces in a straight line, and are captured when bracketed on two opposite sides by opponent pieces.