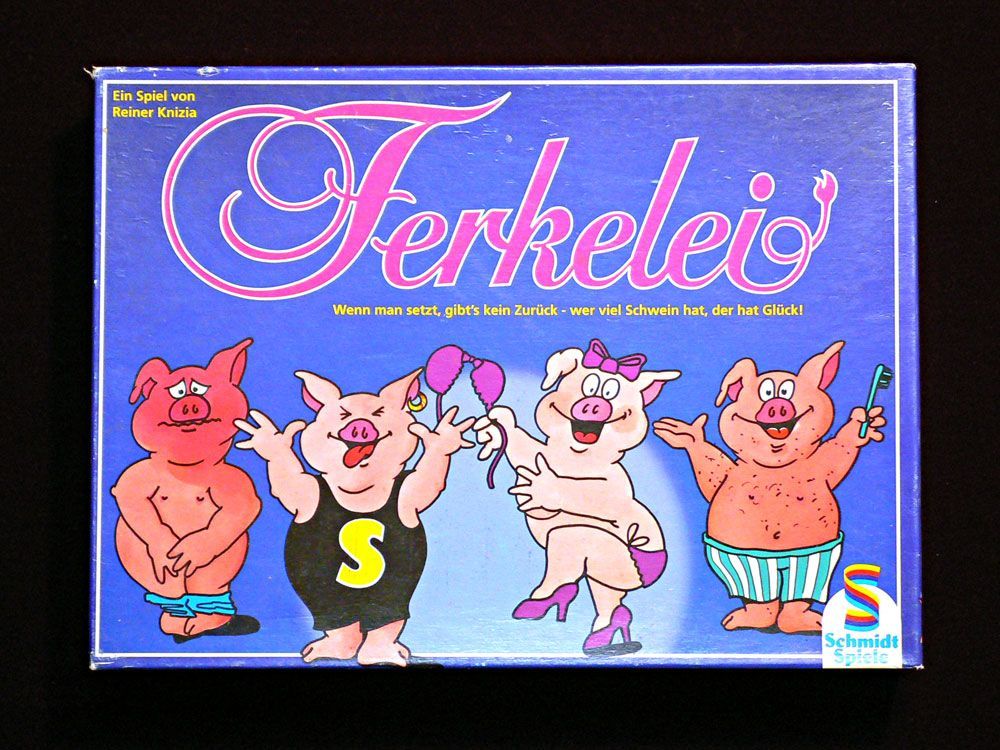 Players do essentially two things in Ferkelei: Shift their portfolios of stock in show pigs, and play cards to award prize money to pigs (or cause them to lose money or not to win). Many stock-based games have these features, but this game has a significant bandwagon effect. As one color of pig became active, many players would accumulate its stock, and the stockholders would naturally do things that helped each other, without forming explicit alliances. Then the color would play out, or other players would quash it or play the negative pig, and the game would move on to another color. The effect is like successive waves of popularity being washed out or dashed. More about the mechanics for those who are interested: On each turn, the player may exchange one stock chip for another or buy one. (At the start, nobody has cash to buy, so they only have their initial two chips available for exchange.) Then the player plays as many cards of one color as they like (from zero to five, except zero is not allowed if one has five or the draw pile is empty). Playing the cards can cover up competing pigs and/or bring one's favored pig to the fore, awarding it prizes depending on how far it has reached and how many times it appears on the board. Re-implemented by: Merchants, with a number of changes