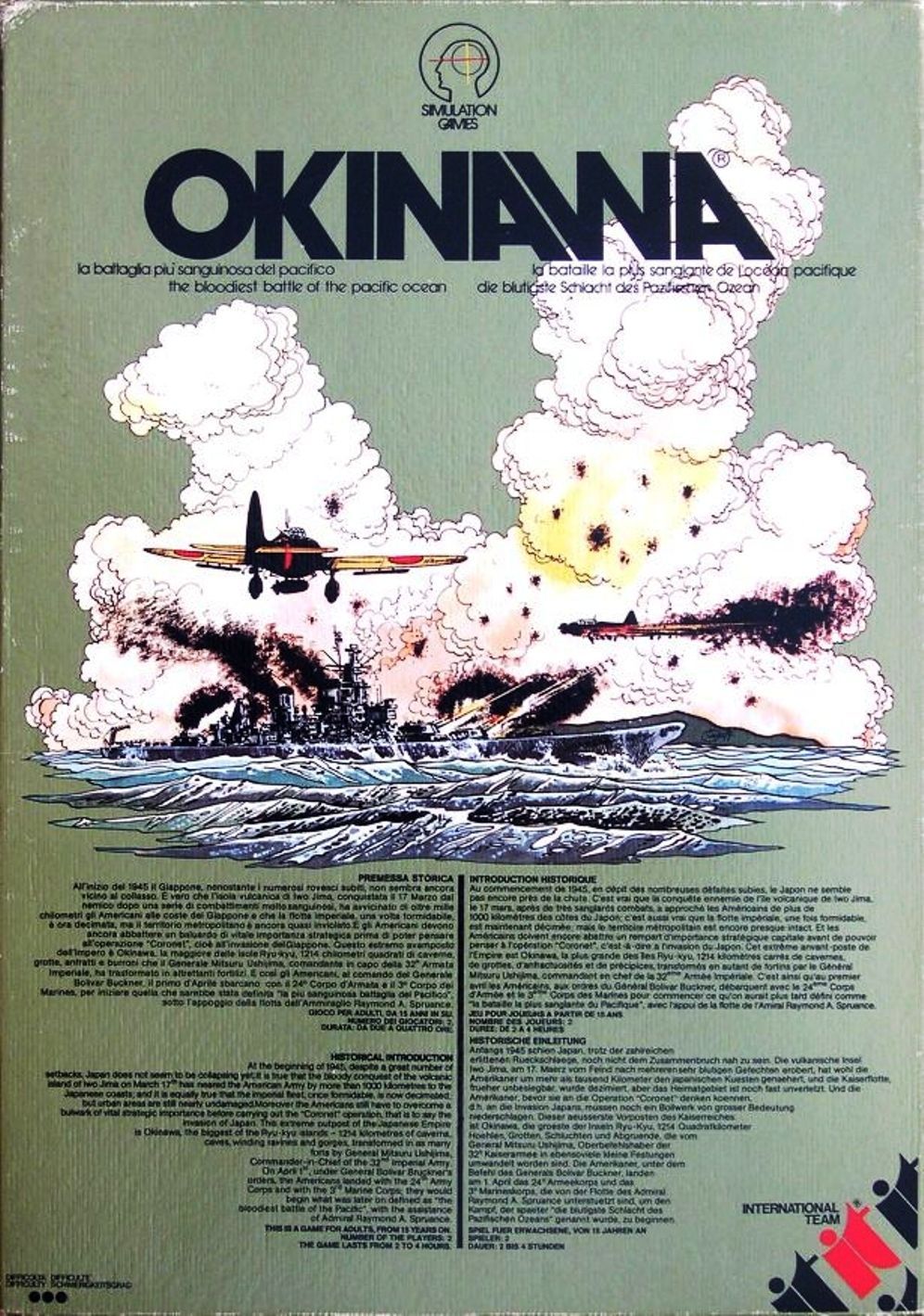 Landings and battles are displayed on two general maps while they are taking place on the island. Surprise techniques by the Japanese and the succession of land, air and naval battles in addition to historical faithfulness, make Okinawa a precise and amusing game. Degree of difficulty: 3/6 Contents: 20 little maps to calculate the hidden position of Japanese forces and American movement. 2 tables to resolve combat and to calculate the artillery fire in matte finish plasticized cardboard. 166 counters in plasticized, matte finish cardboard, cut and printed on both sides representing *American and Japanese units which took part to the battle. Playing board in rigid, thick cardboard with a matte plastic finish, cut into 5 pieces. Rule booklet in 4 languages with examples. Plastic storage tray and dice.