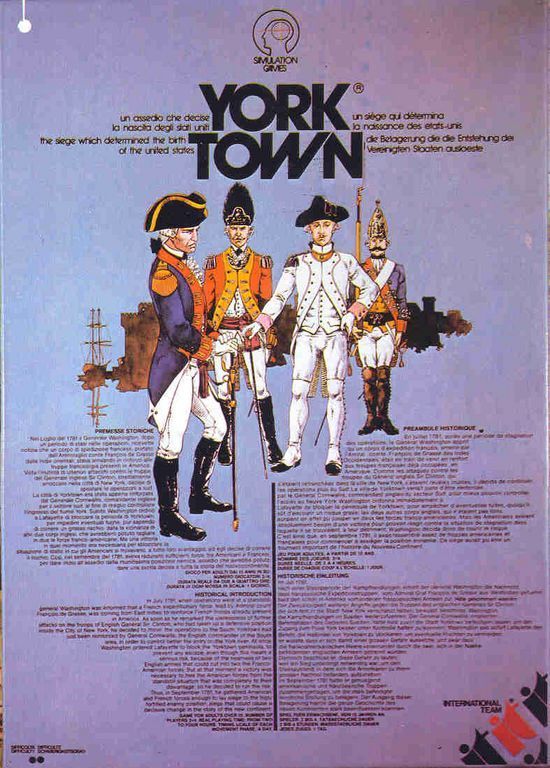 Washington’s and Cornwallis’ problems for the decisive siege in the American War of Independence, reproduced on a 70x100 centimeter map, with the employment of all the American, French, Prussian and English units. Degree of difficulty: 2/6 Contents: 79 cut out pieces, representing American, French, English and Prussian units which took part in the battle. Explosion markers to show which units have been shot or damaged. Combat disk, to check the results of battles and of artillery fire, with calendar. York Town map and surroundings in rigid, thick cardboard with a matte plastic finish, cut into 5 pieces. Rule booklet in 4 languages with examples and table of battle field forces. Plastic storage tray and one die.