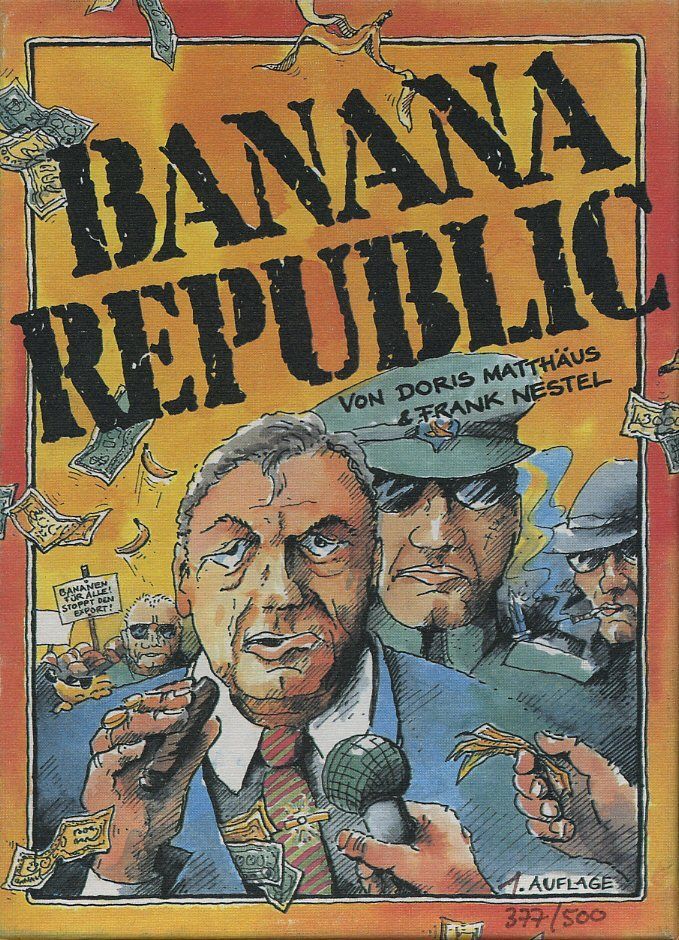 Extrapolated from the Doris & Frank site. Very tactical bluff game that requires a good memory and features a great showdown at the end of every game. Essentially the game is very easy, the players use money to bribe voters. They can also use killers, bodyguards and journalists to affect the vote. All actions are done by placing cards face down! Though you can have a peek at some of those cards every turn, you're forced to act with incomplete information till the end. The game is meant to be played with from 2 to 5 players. It probably works best with 4 players, but it also plays pretty well as a 2-player game though it feels differently played that way. Half an hour playing time. Awards 3rd Place 1992 Hippodice Spieleautorenwettbewerb.