I Am Spartacus! - Universal Statistics 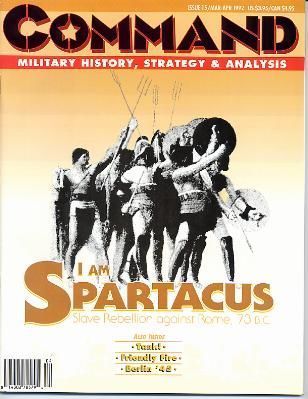 This game is a two-player simulation of the Third Servile War, a slave revolt that shook the Roman Republic from 73-71 B.C. Included in the game are 14 pages of rules, 189 5/8" counters, and a 22" x 34" mapsheet with the areas of Italy and the Mediterranean where the War of the Gladiators took place. Barring the occupation of Rome (for the Rebel player) or the capture of Spartacus (for the Roman player), which would give an automatic victory, the game is played for points. At the end of 17 Turns, the player with the most points wins.