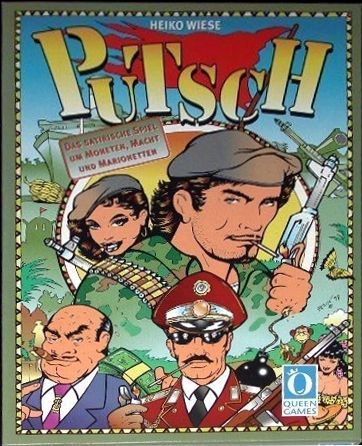 Putsch is set in a politically unstable area. Eight states participate in the game and players must try to get as many political groups from each state over to their side as possible. Each of the states consists of 5 political groups: Government, the Opposition, Industry, the Military and the Guerrilla. At the beginning of the game, the governments of the states are distributed among the players. In addition, each player randomly receives two other groups from any of the states.