Soldiers of the Queen: Battles at Isandhlwana and Omdurman - Universal Statistics 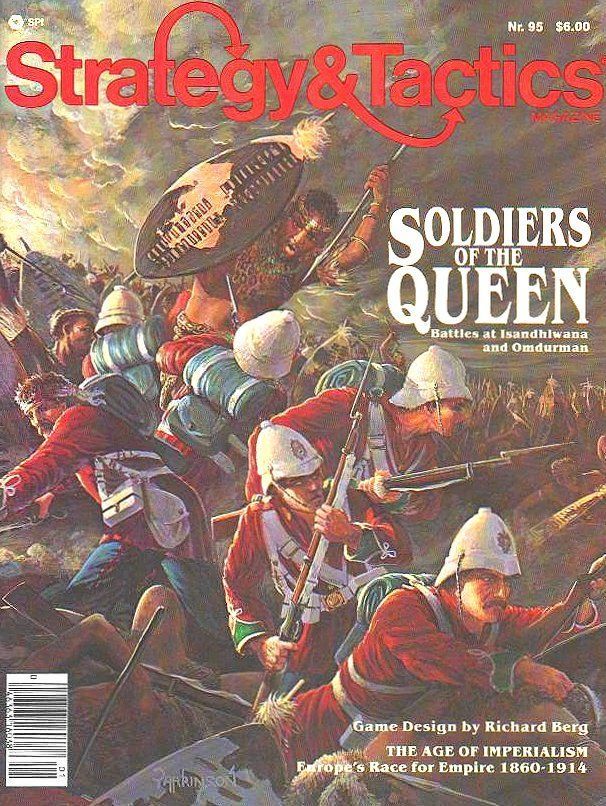 Soldiers of the Queen is actually two separate Colonial battle games that use the same game system: Isandhlwana, 1879 and Omdurman, 1898. The game was originally published in Strategy & Tactics magazine (#95). The game includes an 18"X22" backprinted mapsheet (one side for each battle), a 16 page rulebook, 200 counters, and player aid charts and tables. In Isandhlwana, the Zulu player wins if he eliminates all British units before he himself loses 14, otherwise the British player wins; the game has no set time limit... it is played until one player or the other has achieved their victory conditions. In Omdurman, points are gained for each player according to a victory points chart... if the British do not win an 'Automatic Victory' by turn 21, the side with the higher point total wins.