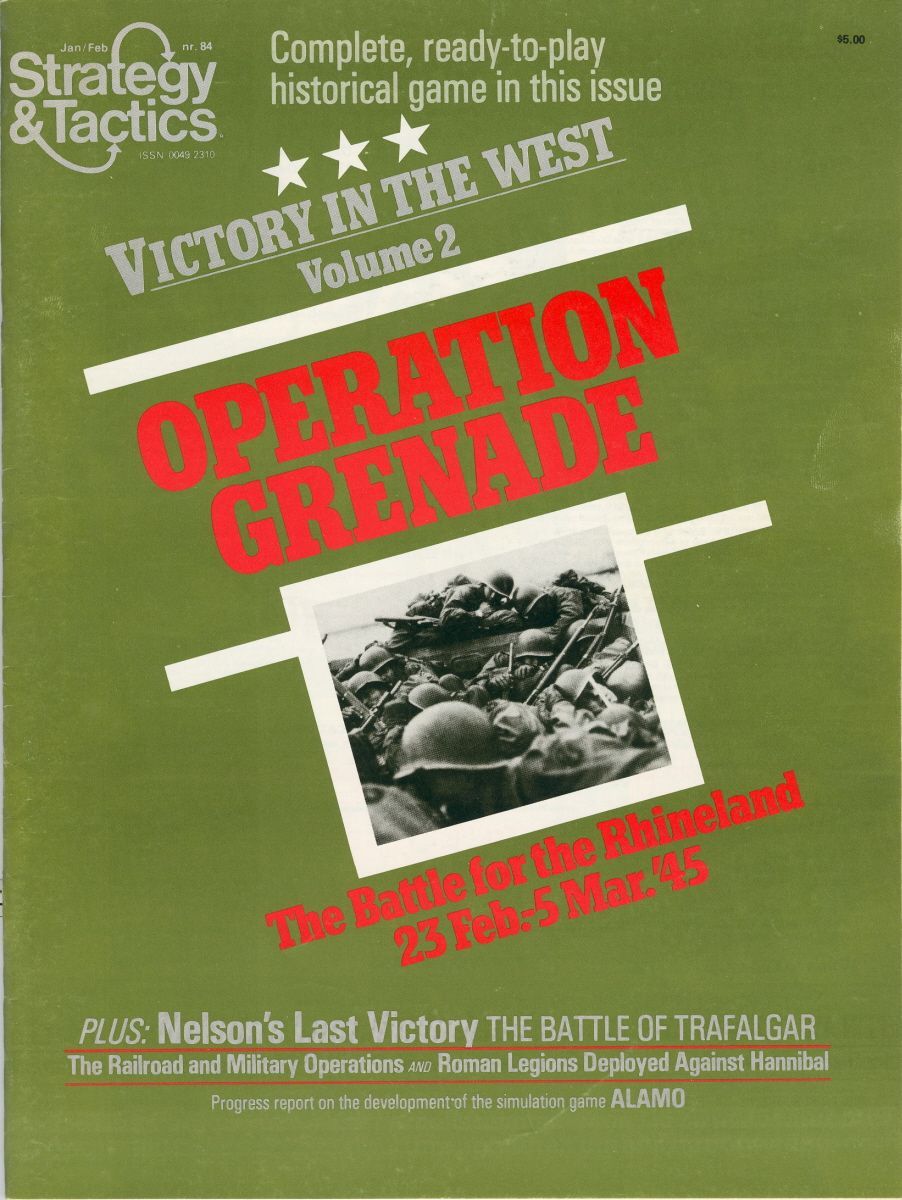 The game is a two-player simulation of the U.S. Ninth Army's February 1945 offensive in the Rhineland area of Germany. The U.S. player gains victory points for occupying German towns and for occupying bridges on the Rhine river. The number of points gained determines the level of victory for both players. Included are a 22"X34" mapsheet, standard rules for the Victory in the West game system, exclusive rules for Operation Grenade, and 245 1/2" counters. Command Magazine Japan covers this game on #133 in 2017.