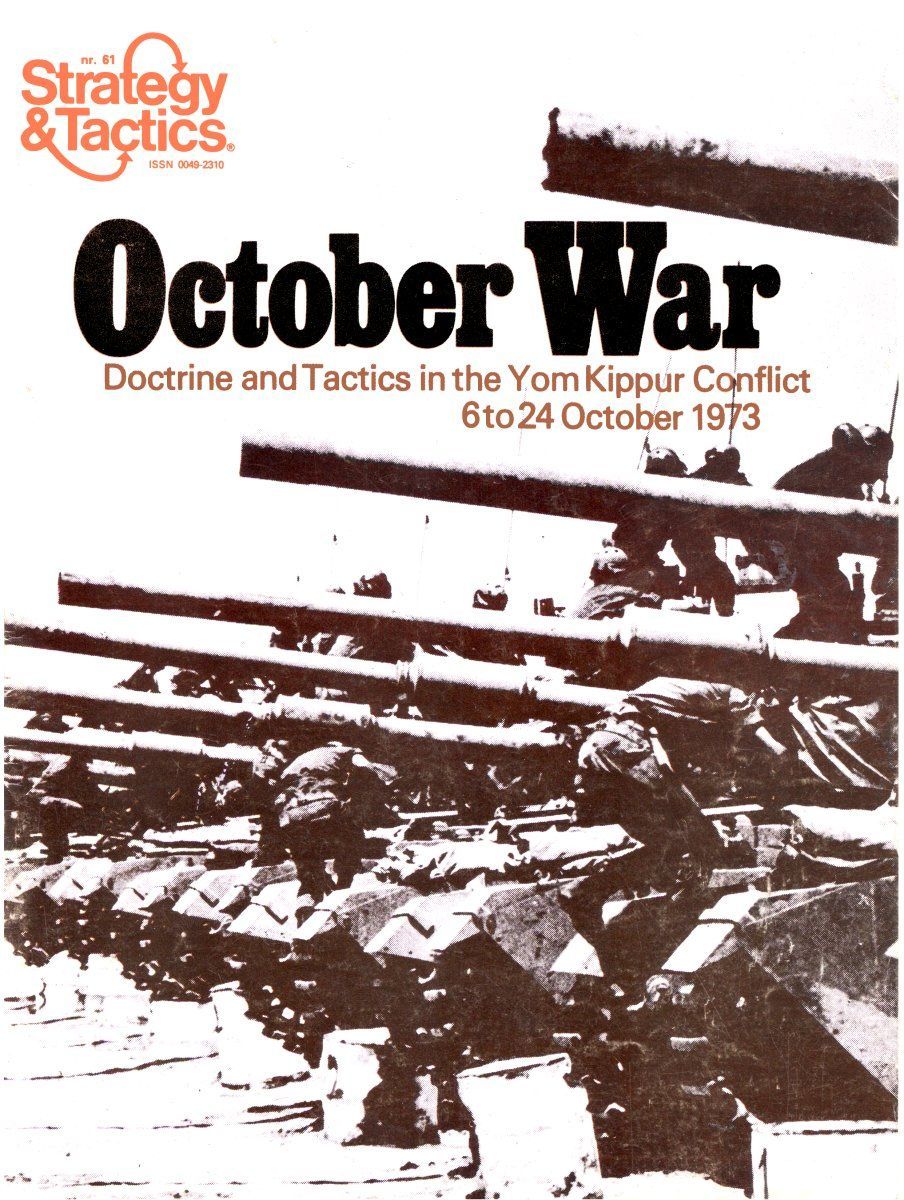 Strategy & Tactics magazine #61. This game is a tactical simulation of combat in the Middle East during the 1973 Yom Kippur War. The game included a map, 200 counters representing Israeli and Arab forces, and a 12-page rulebook. Eight scenarios and two campaign games (which link multiple scenarios) are included for play. Victory conditions vary depending on the scenario. (e.g.- Victory in 'The Battle of Gamala' scenario is based on victory points; in 'Peled's Counterattack', victory is based on capturing Hill 6 on the map) Extensive designer's notes and combat examples are included in the rulebook.