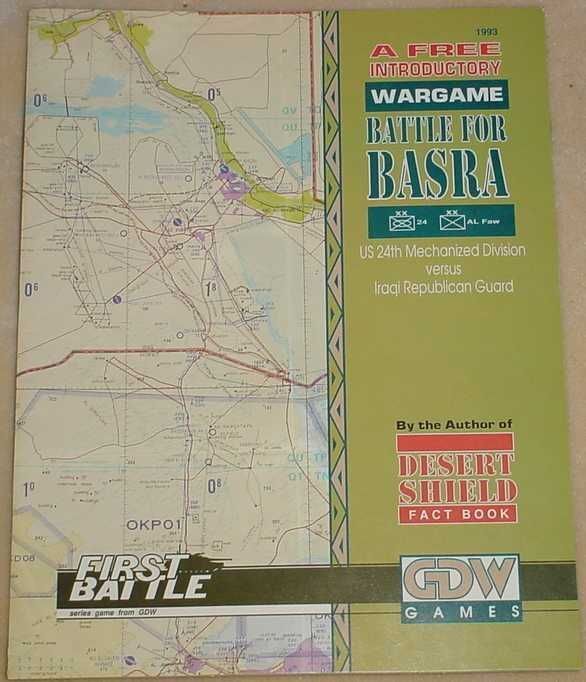 A free introductory wargame, using GDW's First Battle game system, which was given away in the early 90s at conventions and in game shops. The game simulates a hypothetical attack in and around Basra, Iraq during the First Gulf War. One player commands the U.S. 24th Mechanized Division, the other player, the Iraqi Republican Guard. As an introductory game, with a small map and fewer than 50 counters, the objective is simple... the U.S. player must exit seven out of his initial ten units from the east edge of the map within six turns or the Iraqi player wins. An historical commentary is also provided.